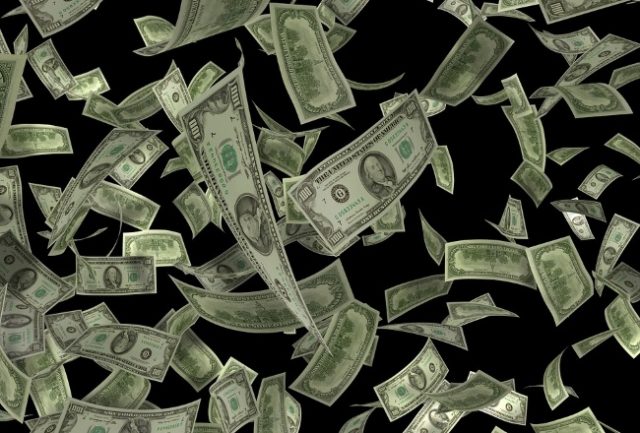 There’s no shortage of jackpot money flying about British Columbia. August 20 marked a very special day in the life of Prince George resident Brittany Hammell. And really, any day capable of adding a superb CA$1,060,703.14 to one’s personal bankroll would pretty much classify as a very special day. Luck came to visit Brittany Hammell in the form of the Treasure Cove Casino and a Powerbucks progressive jackpot on offer on a Wheel of Fortune game at the premium gaming location.

The game is a progressive jackpot slot machine game and Hammell would in all likelihood not have expected that August 20 would mark a significant turning point in her life. And really this is exactly the nature of the magic behind progressive jackpot slots – these games have the power and ability to change a player’s entire way and quality of life in the blink of an eye. A moment in time is all that is required for a 180-degree change of direction.

Hammell, not unlike most other big jackpot winners, could not believe her eyes when the incredible total won appeared on the slot’s interface. This is a common occurrence among players who have in the past won big on slot machines. The initial response is generally one of complete and total unbelief, followed eventually by ecstasy and the realisation that worrying about money is officially a thing of the past.

Progressive jackpots are capable of awarding life-changing win amounts because of the fact that all of the games in a particular series are interlinked across various networks of games and ultimately players. These jackpots expand in size every time the reels of any of the games connected to that particular network are spun. It’s no wonder then that Hammell found herself to be instantly rolling in the big money.

The Lottery Does Its Bit

But slots aren’t the only drivers behind B.C.’s current money celebrations. A British Columbia Lottery games player is now officially CA$500,000 in the money thanks to her having purchased a recent Lotto 6/49 ticket.

Suzanne Robson pocketed the exceptionally generous windfall as a result of her having played the Extra Draw. A four-number match was all it took for Robson to stake her claim to a rather sizeable portion of the draw’s winnings.

Suzanne lives with her husband in Whistler and the pair has big plans in terms of how they intend to spend their newfound riches.

Could YOU be a BIG WINNER? Play at the BEST casinos in Canada ONLINE!