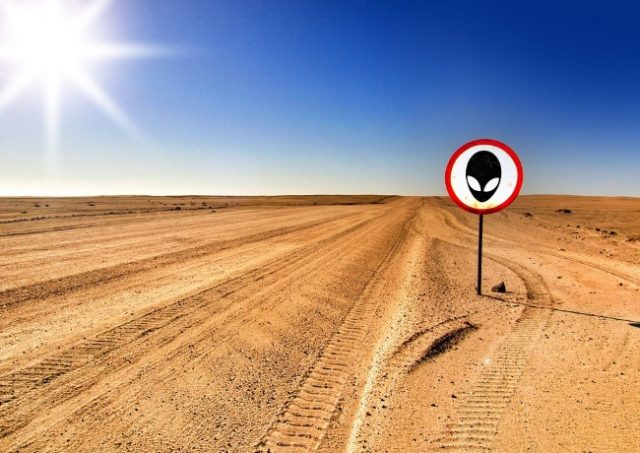 Members of a Facebook group supposedly intent on actually raiding Area 51 have caught the attention of an unlikely party in its house of nonsense and theatre of comedy. Online bookmaker Bovada is intent on playing ball and making a buck or ten off the (un)likelihood that the planned raid actually gets off the launch-pad.

But, says group-creator Jackson Barnes, ‘Storm Area 51, They Can’t Stop All Of Us” was never intended to be anything more than playing the fool. To date, 1.3 million members have indicated that they “are going” and what’s more, the group has now attracted the attention of government officials.

Government officials who have warned the dangers associated with attempting to illegally access “military installations or military training areas”.

What The Bookie Says

Bovada, meanwhile, is running 3 bet lines in view of the September 20 event, and with the over/under currently at 1.5 million; with over positioned at -400; indications are that over is currently positioned at around 80%.

As for the chance of Area 51 actually being raided on September 20th, the line is currently positioned at -400 No, +250 Yes. But despite the fact that Barnes is obviously tapping out on the entire idea, having issued a public notice pin under the event communicating the fact that it’s all just a joke and intended to accumulate Internet “thumbsy uppies”, local businesses are laughing all the way to the bank.

Local Motels in Nevada and surrounds have said that all available accommodation for September 20 has been sold out. An increase in tourist-activity is on the cards for the week in question too.

The Reality And The Danger

But all jokes and bets aside, if anyone were to actually go ahead and try to gain access to Area 51, the consequences could very well be disastrous. The military clearly warns against trying to cross the demarcated boundaries surrounding Area 51, with warning notices stating in no uncertain terms that anyone disregarding the warnings can expect to be fired at.

What’s more, the signs also warn of the fact that the disobedient face a $1,000 fine and up to six months in prison, which is in all likelihood exactly what is going to happen, now that the military is aware of the social media following’s intentions. But then again, a fine and time behind bars is nothing when compared to being met by “deadly force”.

Bet on sports, entertainment, politics and MORE online! Get your wagers in NOW.