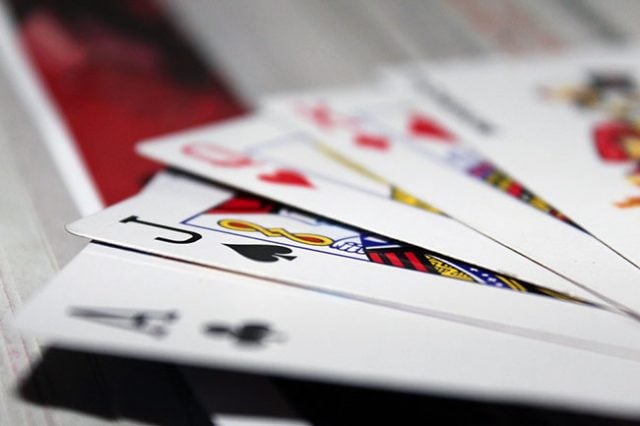 Whether by oversight, or on purpose, a shredding company outsourced by the Grand Villa Casino in British Columbia, has a major misdemeanor to answer for. ShredWise, a company offering shredding services, had supposedly been instructed by the casino to destroy previously used playing cards in the appropriate manner as prescribed by local gaming regulators.

When playing cards are no longer in circulation on casino tables, the correct way of disposing of the cards is by either punching a hole through the center of the cards, or by cutting the corners. Destruction is prescribed in this manner so as to avoid cheating. But according to the British Columbia Lottery Corporation (BCLC), discarded playing cards still fully intact, along with other highly sensitive documents, were recently discovered to have been done away with in garbage bins in Surrey.

A Free For All

The alarming bit is the fact that the Surrey parking lot where the rubbish bins were located, all 17 of them full of documents and cards, weren’t guarded in any way. Anyone could at anytime have had access to the discarded Grand Villa Casino playing cards.

It isn’t clear exactly how the BCLC came to learn of the situation with the playing cards, but it immediately launched an urgent investigation into exactly what had happened and how the cards and documents had ended up in the bins.

Two casino security guards were questioned shortly after, and the men reportedly said that to them, it was an unexpected turn of events, and definitely not the norm. According to the guards, they had last laid eyes on the playing cards when these had been collected from the venue by ShredWise. They were surprised that the cards had made their way into the bins, because the assumption had been that the shredding company would remove the cards from the premises and deal with them in the prescribed manner, as instructed by the casino’s management.

Upon learning of the turn of events, the parent casino operator overseeing the Grand Villa, namely Gateway Casinos and Entertainment, launched its own investigation into the events. Shortly after, it proceeded to issue an official statement, and said that it had reached the conclusion that the problem was indeed with the service supplier, namely ShredWise. The company had simply dumped the cards into the near-by bins in Surrey, instead of going to the effort of destroying the cards in the correct manner.

Play YOUR cards right online.
Enjoy Blackjack, Poker and so much MORE!