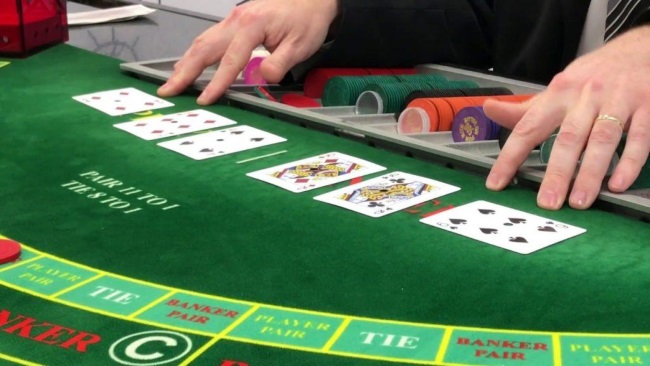 There’s been a duo of Baccarat scammers working the Maryland block and its not Ivey and edge-sorting partner in crime Yin Sun. The FBI recently confirmed certain details of how Chenguang Ni and dealer Ming Zhang in 2017 conned a Maryland casino out of at least $850,000 by cheating at Baccarat. Even though police did not reveal the name of the out-of-pocket casino, federal prosecutors in 2019 inadvertently revealed that the casino on the other side of the cunning scheme had been none other than MGM National Harbour.

Read more...IIGET Dead And Buried Due To B.C. Fail

But to understand how Ni and Zhang had managed to pull off their elaborate scheme, its important to note how certain aspects of the game work. In Baccarat, dealers would deal two pairs of playing cards; one pair is dealt for the dealer and other is dealt for the player. The idea is to wager a guess at what the combined points value will be for each set of cards and then bet on which of the two values will be closer to a total of 9 points.

Resulting from this specific model of play, when playing a typical eight-deck game of Baccarat, the odds are generally around the dealer’s hand tallying closest to the target between 44% and 49% of the time, and the player’s hand doing so 44.6% of the time.

The fact that Ni had at one point achieved a winning streak of 14 consecutive wins in a row had been what had initially alerted casino staff to the fact that all wasn’t how it should be. In fact, according to FBI reports, Ni, as well some other players present at the table, had won 18 times in a 21-game run. When casino management contacted law enforcement officials the following day, they were only able to report that some foul play had gone down the previous evening. They said at the time that they had no idea how Ni could possibly have pulled off his winning streak.

Ni Had Inside Info

Which was of course because of the fact that unbeknownst to management at the time, Ni had dealer-style help in the persona of Zhang. And the way that the skanky duo had gone about worming their way into millions in unsolicited winnings had been for Ni to memorise a basic sequence in which the cards were about to fall, i.e. player, dealer, dealer, player, dealer, etc. An unshuffled portion of a deck of cards had been photographed by Zhang beforehand, after which Ni had some time to study the sequence in the casino’s restrooms before such time as what play commenced.

The two had supposedly gone about their devious business in such a brazen manner that Ni had even offered various other players at the table money with which to bet and with the instruction issued that they should simply “follow my lead”.

The men were last month sentenced to federal prison for 13 months and 18 months, respectively, and will also be liable to pay at least $1 million each in restitution penalties.