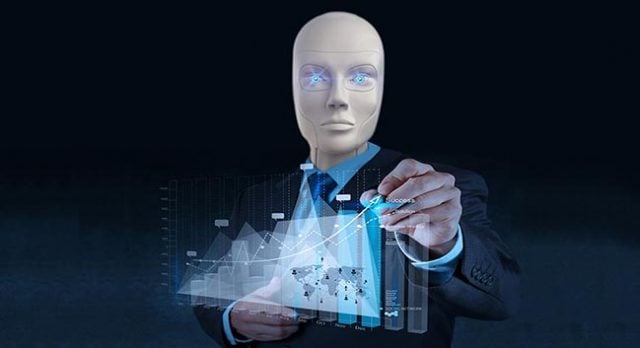 The gambling mecca of Las Vegas is all but recognizable from its past glory days of the Riviera and Stardust. The city has undergone countless aesthetic overhauls over the decades, with casinos coming and going and changing up their looks every few years at least.

However, according to one gaming expert, the city’s biggest approaching challenge will be fewer people on its gaming floors. In Forbes, gaming expert and researcher at University of Nevada Las Vegas David Schwartz revealed that the development of automated technology along the Vegas Strip is enabling casinos to earn more revenues while cutting down employee costs.

According to Schwartz, gaming employees on the Strip represented around 32% of all casino employees back in 1990. Today, however, that number has dropped considerably to just 23%. Despite the drop in work force, gaming staff produce around $105,000 on average, compared to a far lesser $53,000 at the turn of the 90’s.

The average yearly production of an employee on the Strip has soared by over 158%, while the costs of employment to their respective companies has only grown by 118%. This forty-point gap between revenues and payroll costs has highlighted a significant advantage for casinos, according to Schwartz, who noted that gambling venues were able to achieve the productivity increase by investing in tech that allowed them to reduce their employees’ numbers.

This, Schwartz says, has happened because gaming floors have fewer employees nowadays, most of which are working harder than ever before, along with more tech to replace superfluous positions. A prime example is kiosks that can cash gamblers’ tickets in place of a staffed cashier cage, which also poses more of a security threat.

Essentially, fewer employees working harder than before, paired with more robots, has equaled more money for Vegas Strip operators. While this might be an efficient way of doing things for execs, it has not necessarily gone down well with employees, who took to the streets this summer demanding better pay and working conditions.

Automation was a major focus of the summer’s contract negotiations between the Vegas-based Culinary Union, which represents all of the city’s hospitality staff, and a number of huge local casinos. As negotiations dragged out, union workers protested against the automation trend, while the Culinary Union demanded contracts that shielded workers from losing their jobs to robots.

On the other side of the scale, gaming executives might soon have an even greater appreciation for the money that robots have saved them after the recently published Las Vegas Convention and Visitors Authority report. The data therein showed a 5.8% fall in revenues at local casino joints in July, coming as the first month since January in which Strip revenues actually decreased.

Furthermore, LVCVA data has shown that Vegas Strip hotel room occupancy has fallen by 2.6% and 3.2% in June and July respectively, despite these traditionally being the region’s busiest summer months.

Play like you’re in Vegas with Spin Rider Casino!