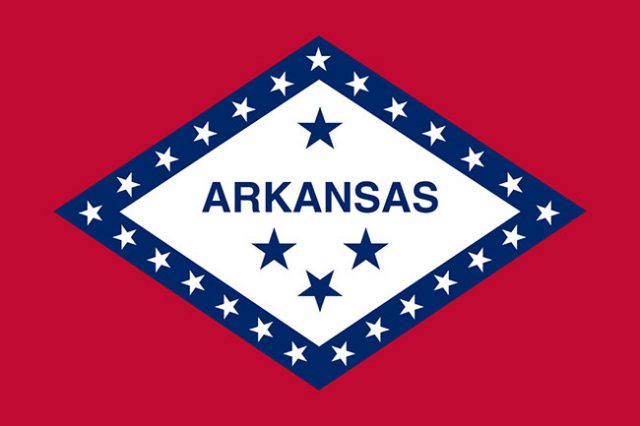 The US company behind a newly proposed casino in the state of Arkansas says that the region’s racing commission will be in breach of the AR constitution if it does not adhere to a recent amendment. Under the amendment in question, the authority would need to issue four gambling licenses in total.

In a filing submitted by Gulfside Casino Partnership LLC, the company says that it would be well within its rights to sue the Arkansas Racing Commission (ARC) if regulators approve its current draft rules on gaming operations.

The firm has specifically highlighted its problem with a rule that requires sitting officials to endorse proposals for new casinos whenever a project application is submitted. Gulfside is aiming to build a $254 million, 600-room hotel and gambling destination in Russellville, and was granted endorsements from officials in the city and from Pope County before they left office at the end of last year.

Four New Casinos to be Approved

Approved in November, the aforementioned amendment to approve construction of four such venue requires all projects to be green-lighted by local officials. Unfortunately, it does not specify anything about the time frames in which these endorsements should be submitted.

The endorsements for the Gulfside project would basically be nixed entirely by the current draft rules in the state, which were altered after locals voiced concerns about the endorsements being made by outgoing lawmakers. Current officials, who took office in January, have made it clear that they are not in support of the Pope County casino, and will not endorse the company’s plans.

According to Casey Castleberry, Gulfside’s attorney of choice, any rules promulgated by the ARC which result in the provision of less than four gaming licenses would be in “direct conflict” with the so-called Amendment 100. Of course, this means that they would also automatically be unconstitutional in nature.

The US state’s Department of Finance and Administration, which operates and oversees ARC, has declined to give its comments on the matter so far. It will reportedly allow the courts to resolve the issue themselves instead of becoming directly involved, according to department spokesman Scott Hardin.

The racing commission is also planning to hold a public hearing to discuss the proposed rules in Little Rock this month. The authority must reject, modify, or accept the rules in question before submitting them to a legislative committee for final approval. Applications for new gambling venues will not be accepted until these essential rules are in place.

Enjoy betting ONLINE 24/7!
Place your bets from the comfort of your own home.