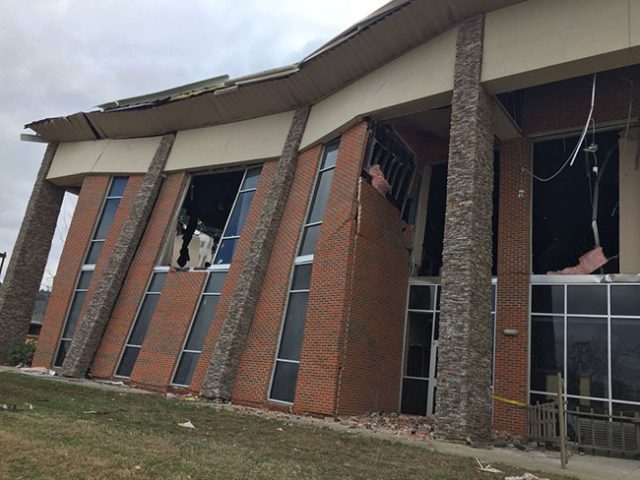 While casino operators are always concerned about their bottom lines, that doesn’t mean that they aren’t generous with their profits. Many operators are highly dedicated to supporting good causes with their revenues, whether they are educational and social in nature or have been prompted by devastating natural disasters.

Most recently, a US casino decided to offer a sizable $25,000 donation to a church in Alabama that was desperately needing repairs… but its generosity did not have the intended effect, it would seem.

The church in question has reportedly decided to return the donation in question after having an in-depth discussion about the matter. The pastor at the First Baptist Church of Wetumpka, James Troglen, has told WSFA-TV that last Sunday, church members voted unanimously to send the donation back from whence it came; namely, Wind Creek Casinos.

According to Troglen in a press statement about the decision, members of the church were “extremely moved” by Wind Creek’s hefty donation. However, Troglen and many of his followers do not support legalized real money gambling, and the church members who share this stance believed that it would be a conflict of interest to keep the cash.

The church’s need for repairs stem from a recent tornado, which devastated many communities in Alabama and left millions of dollars’ worth of damage in its wake. The twister tore through the town just north of Montgomery on January 19 this year.

Troglen says that while his church will not be using the casino operator’s money for its repairs, he hopes that the donation will be sent to others affected by the natural disaster instead. The casino, on the other hand, has confirmed that it has also made financial donations to another church, along with the affected town’s police department.

Casinos Come to the Rescue

This isn’t the first time a gambling establishment has sprung into action to help those affected by severe tornadoes. Back in 2010, Thunderbird Casino in Oklahoma hosted a benefit concert starring star musician Nick Gibson to raise funds for Little Axe and its surrounding towns. The venue offered $10 in free plays to attendees of the concert in question, as long as they donated $5 towards disaster relief for the area.

In 2011, Palace Casino Resort also came to the aid of tornado victims in Smithville, Mississippi. The venue immediately begun to coordinate a relief fund and donation drive for the region after the disaster, collecting lamps, fans, coffee makers, brooms, shovels, microwaves, rakes, toasters, pots and pans, and cooking utensils for uprooted families.