Aristocrat To Challenge Ainsworth In Court 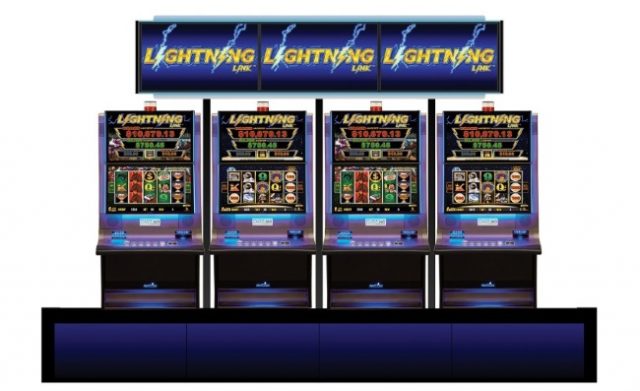 Major casino tech and games giant Aristocrat Technologies is more than just calling the bluff or blowing the whistle on industry rival Ainsworth Game Technology for what Aristocrat has described as “more than just copyright infringement”. Aristocrat has now instituted formal legal action against Ainsworth in an Australian Federal court, following Ainsworth’s denial of Aristocrat’s accusation of Ainsworth having copied its Lightning Link game machine.

Aristocrat has called Ainsworth out on what it claims to be a monster with many arms. Issues of copyright infringement, the spilling of top trade secrets and gross misappropriation of intellectual property rights and confidential information have all been put on the judicial table. Aristocrat has said that the issue at play was made all the worse that the wrongdoer had copied what it considers to be its flagship product. Lightning Link did after all win the award for Land-based Product of the Year at last year’s Global Gaming Awards.

Read More… Chances Casino Does Its Bit For Food Aid

How Did It Happen?

Aristocrat bases its claim on the fact that a games designer previously in the employment of Ainsworth had in March of 2017 joined the Aristocrat team. But a little more than a month later, in April, the employee returned to the employment of Ainsworth. Aristocrat claims that the developer had not only studied an Excel spreadsheet detailing all of the specs, code and mechanics involved with Lightning Link, but had also copied the information onto a USB stick for further reference.

The injured party has said that upholding high standards of integrity is of utmost importance so as to ensure ongoing trust in the industry itself. For this reason, said Aristocrat, it will not allowing sleeping dogs to lie, but will fight tooth and nail in order to maintain the exclusivity of its IP assets.

The federal court case will commence on 17 July.

Show And Tell, Or Else

On its part, Ainsworth has denied all of Aristocrat’s claims. The entire thing erupted in theatrical fashion when Aristocrat last year requested that Ainsworth reveal everything from the source code to the mechanical structures used in the creation and manufacturing processes of its proprietary Jackpot Strike machine.

Aristocrat demanded to see it all; artwork, commercial documents game rules; the lot, convinced that foul play was indeed involved. Ainsworth at the time of the request took issue with the nature of the demands for information on the part of Aristocrat and continues to stick to its own guns on the matter, being that its Jackpot Strike machine’s back-end similarities to Lightning Link are purely coincidental.