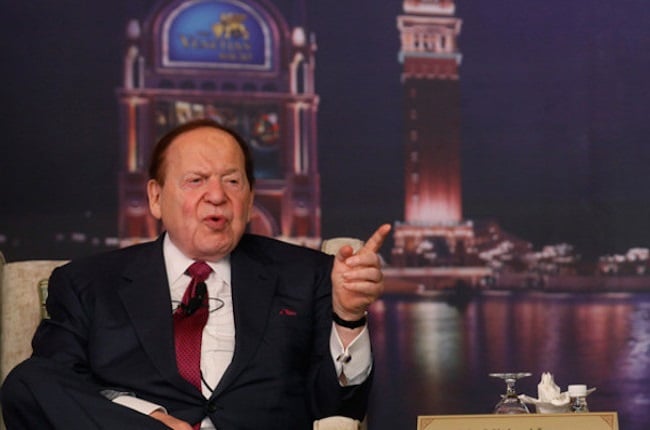 Even despite financial markets being at an all-time low right now, Las Vegas Sands founder and chairman Sheldon Adelson remains one of the richest men on earth. This is according to the latest version of Forbes Magazine’s annual World Billionaires List. The Sands tycoon nets around an incredible $26.8 billion, which pegs him at the number 28 spot on the richest billionaires on earth list.

But not even Adelson has managed to escape the greatest financial crisis the world has seen in a very long time – possibly even ever. In what feels like a nightmare reality, Adelson’s worth was estimated at around $40 billion only a couple of months ago. That’s a hit of nearly 40% to his overall net worth. But it’s not as if Adelson’s is a voice is a voice in the wilderness. In fact, not a single casino’s stocks were spared the inevitable plummet.

Its impressive to note that 86-year-old Adelson still owns more than half of Las Vegas Sands and is furthermore actively involved in decisions, even despite his advanced age. The group owns various of the world’s most famous casinos, including the Venetian and the Palazzo in Las Vegas, as well as various locations in Chinese gambling mecca Macau.

But Adelson, impressive as though his massive casino fortune may be, isn’t the only gambling billionaire tycoon to have made it onto Forbes’ list. The next highest-placed casino billionaire on the list is none other than the 91-year-old founder of Galaxy Entertainment, Lui Che Woo. His is a fortune some $11.7 billion strong. Adelson and Woo are joined on the list by Novomatic’s Johan Graf, as well as by ex-Wynn big boss Steve Wynn and ex-wife Elaine Wynn.

But there are more casino tycoons out there – tycoons not included on the famous Forbes list because of the list only taking into account companies that trade publicly. This means that the Fertitta brothers, who privately own the Station Casinos group of casinos and gambling outlets, have not been included on the list. And they too, are not alone in their particular category.

The future continues to remain in the balance as casino closures continue, and with no one being able to predict with fair accuracy when the current situation can be expected to take a turn for the better, the uncertainly holds nothing good for the value of shares and stocks. Hundreds of thousands of casino workers have been furloughed to date, with many more to follow should the situation not improve soon.