How 5G Will Change the World 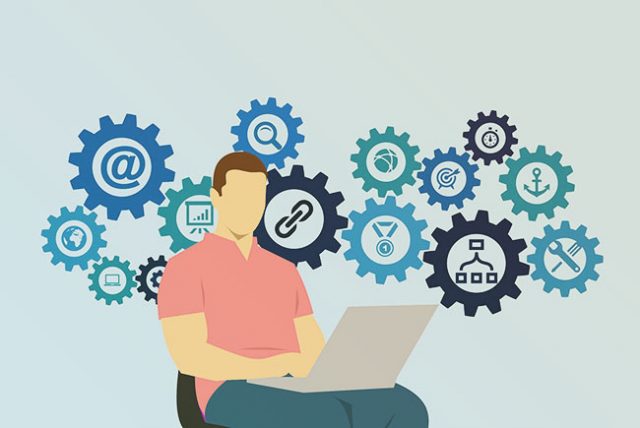 Over the past few months we have been hearing a lot of talk about 5G and how it is going to revolutionize mobile broadband and pave the way for an enhanced technological society. But is this just overly hyped advertising for communications companies, or will 5G live up to its expectations?

Let’s start from the beginning.

For those who have been out of the loop, 5G is the 5th generation of wireless technology, and it packs quite a punch.

As predicted, 5G will have much faster data rates and significantly reduced latency. This is perhaps not surprising, as 4G was a major jump from 3G, and so the next step up should follow suite. The biggest difference with the new wireless technology is that it will not be a simple improvement from previous builds, but rather a complete reinvention of the system, built from the ground up.

The idea with 5G was to design a brand-new technology that could act as a blank canvas for future applications, most of which have yet to be invented. This may seem a bit confusing, but the goal is to create a platform capable of expansion and adaptation for both current and future technologies.

Here is what we know about 5G so far: At its peak and in ideal conditions, the 5G network will be able to transfer data at a rate of around 20Gpbs. That is a staggering 20 times faster than LTE-Advanced, which the top mobile networks are supplying today. The other major improvement will be in the latency. Latency is essentially the time taken for the service to access content from the network. It is suggested that 5G will be capable of transferring data with a latency of just a few milliseconds.

This is not how the 5G network will start out though. When the system is introduced in 2019 and 2020, we can expect starting speeds of around 6Gbps, and latency in the single digits. This is still a huge leap forward from actual speed-test results done on 4G networks, despite what the pamphlet says.

What Will It Be Used For?

So, what are the real-world applications for the 5G product? Technology analysts have named three key areas where 5G will play a major role.

The first area where the higher speeds and reduced latency will have a major impact is in the already-established mobile broadband market. We are already seeing a demand for greater speeds and reduced latency with eSports, casino online live games, online video gaming, online video streaming and virtual reality systems. The 5G network will simply fill a demand, giving people what they have been wanting for the past few years.

The next critical area where 5G can have a huge impact is with mission-critical applications. Think about self-driving cars, robotic surgical machines and service drones. If there is any loss of information or increase in latency, the system will not function. 5G will finally be able to provide the high speeds, zero information loss and low latency needed to make such products workable on an international scale.

There is also the next generation of Internet of Things (IOT) to consider. This is one area that is still evolving in ways we have not yet predicted. From smart appliances to connected city infrastructure, higher speeds, zero loss and reduced latency will lead to a massive rise in the Internet of Things and related technology. 5G provides a platform for expansion and a way to reduce costs and battery life of existing products.

When Will It Be Available?

The major stalling point of 5G is that it cannot be used on existing network structures as is. What is needed is the addition of millimeter wave spectrum antennas to supply the signal to a given coverage area. Millimeter wave spectrum or mmWave is a high-frequency band capable of seriously high data speeds, but with a much shorter range. The availabiliyy of 5G is entirely dependent on the network operators rolling out the technology.

What this means is that 5G will come into effect at different times, depending on where you are in the world. Qatar and Kuwait have been slowly implementing 5G since 2016 with Ooredoo providing commercial 5G access for months. The US can expect to see the introduction of 5G at the end of this year, while most cities will gain access by mid-2019.

In Canada, Rogers Communications announced a partnership with the University of Columbia to turn the campus into a 5G test site in early 2019. If all goes well, a wide scale roll-out will follow within 6 months. Meanwhile, Telus Mobility has given 2020 as their planned roll-out date for their commercial 5G network.

It’s clear that 5G is coming, and when it does, we will all benefit.