5 Must-See Bingo Halls Across the Globe 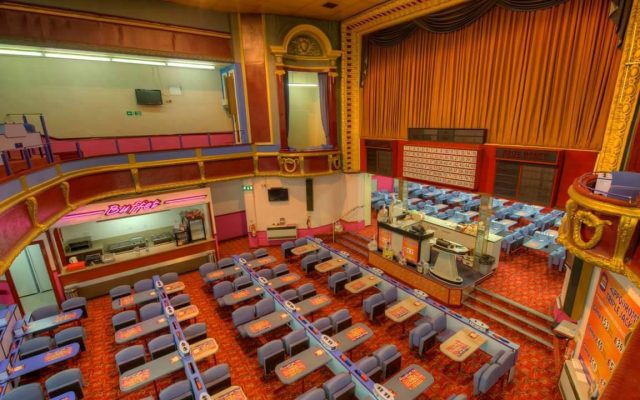 VENUE: The Hippodrome is now used as a bingo club

No matter where in the world you are, almost everyone has heard about bingo. This classic gambling game has transcended the barriers of age, location and time, becoming a favourite with people across the globe that enjoy social fun with a chance of winning some sweet cash prizes on the side.

Most of these players choose to play at the classic halls that are widely available for this specific purpose. However, human ingenuity knows no bounds, and for those more adventurous bingo fans, there are also a slew of intriguing and unique halls to check out on your travels. Read about 5 of the most memorable of these halls below!

READ MORE: Playtech’s Age of the Gods Breaks Into Bingo

The concept of this venue started as a way to create awareness around supporting your local farmers and buying fresh, local produce. There is a huge focus on healthy and natural foods at this truly unique establishment, and players can win special prizes of produce from local farms and artisans along with traditional cash jackpots.

Based in the London region of Wandsworth, the Gala Bingo Club offers an unforgettable experience to those who visit it. The hall is nestled in the heart of a vintage cinema that was originally constructed as one of the region’s historical 1930s Art Deco cinemas. It is widely considered to be one of the most spectacular cinemas of its kind in the UK, and is fiercely guarded by London communities as a result.

Based over in America, Five 15’s biggest claim to fame is its fabulous Drag Queen Bingo rounds. These are the local community’s favourite form of entertainment by far, and are reportedly plenty of fun – no surprises there! Players are welcome to dress up in glamorous outfits and express themselves however they wish, while entertaining hosts like ‘The Mouth of the South’ keep guests laughing and jovial for hours at a stretch.

If you’re fascinated by the paranormal, this is the hall for you. This venue caused a huge stir back in 2016 when it was revealed that it had been subject to a series of paranormal events. The most common apparition, dubbed the ‘Grey Lady’, was even caught on video, sending shivers down the spines of those in attendance and beyond. Even the staff of the hall in County Durham believes that the establishment is haunted!

Here’s another one for the ghost fanatics. This hall in London left players scared out of their skins after strange, eerie noises were heard mid-round. So creepy was this incidence that a séance was actually held at the venue by a group of ghost hunters, who asked some questions and were responded to by a couple of loud bangs. Some staff members have even seen doors slam on their own – so enter at your own risk…

If you’re looking for the BEST Bingo games, you need to play online!