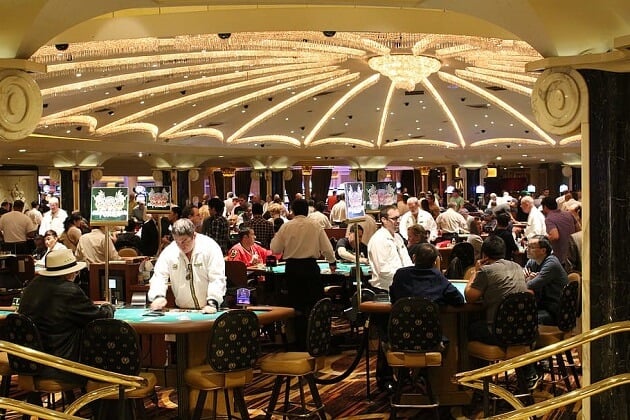 Prominent television host Jim Cramer says he’s optimistic about casino stocks as he looks ahead to 2021. The CNBC economic analyst said once vaccinations have been rolled out globally, there will be nothing stopping people from travelling again, enjoying the benefits of a recovering economy, and resuming in-person gambling once more.

What spells a huge year for casino gambling, said the economic analyst on a recent episode of his stock-investing show, Mad Money, is a combination of a pent-up demand for travel and the prospect of improved relations between the United States and China under the Biden administration. All of this holds much promise for the recovery of casino stocks, explained the financial news network analyst and host.

Casinos To Pick Up With Travel

Cramer referred to the example of Las Vegas Sands, a group he said lost up to a devastating 76% of its business and revenue income during the first nine months of 2020 alone. Las Vegas Sands owns and operates, among others, the Venetian and the Palazzo, both of which are situated on the Las Vegas Strip, and Singapore’s Marina Bay Sands.

Since big-brand casino resorts rely heavily on the travel and tourism industry, and on consumer spending across that industry, said Cramer, casinos have lately reported among the worst numbers as the struggle to survive and keep afloat continued all the way through the year.

The good news, pointed out the famous analyst, is that those negative numbers are anticipated to pick up and make a rapid turn-around as travel picks up in the new year. And since the pent-up demand for live in-person casino gambling is gigantic, so too will be the ultimate recovery.

Biden A Boon For China Relations

Another big boost is the election of incoming U.S. President Joe Biden. The prospect of his official swearing-in at the start of 2021 has big-money investors excited about what his administration may been to improved trade relations with China. Also, specifically about what his administration’s attitude towards China may mean for casino companies operating across East Asia.

This in many respects includes not only China, but also independent casino powerhouse Macau, and also Japan – with Macau and Japan both already steering toward privatised overseas operator involvement.

Cramer also expressed his excitement over the trajectory of sports betting in the U.S. Sports betting, said Cramer after voters approved legalisation in three more states (Louisiana, South Dakota, and Maryland) is literally taking the United States by storm by having officially gone mainstream.

Get the BEST casino action online. Never miss out on a JACKPOT!