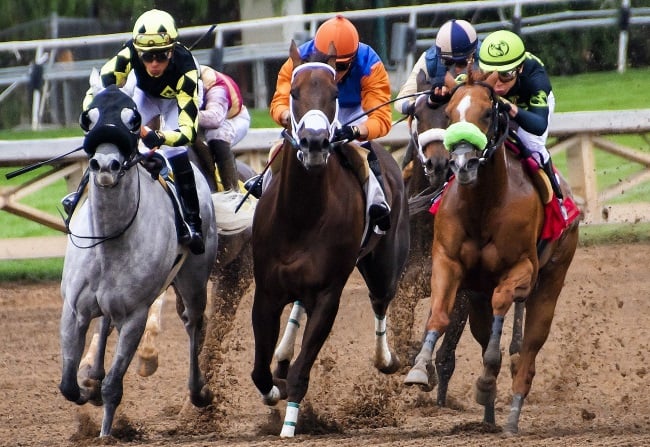 Woodbine Mohawl Park is headed into a year for the books. Not only will Woodbine this year be hosting the 161st edition of the Queen’s Plate, but event organisers have also just confirmed that all -9 of the available spots in this year’s inaugural Mohawk Million race have been filled.

The event will be run for the very first time this year and the brand-new harness race will be coming to Mohawk Park on September 26. Mohawk Million will perfectly compliment an otherwise stellar harness racing year planned for Woodbine for 2020. Those interested in entering a runner into the race had no qualms parting with the $110,000.00 entry fee. No surprises there either as the winner of the September 26 event will walk away with a cool $1 million in 1st place prize money.

The Gates Have Closed

The entry fee for the inaugural instalment of now-biggest race on Woodbine’s annual harness racing calendar is payable in two instalments, with the first payment having been due on date of registration, which was February 18th. Entrants will be expected to fork out the balance by no later than June 1st.

February 18 marked a special date and registration deadline and it quickly became clear that this was going to be another example of “miss it and miss out”. And now that all 9 of the available slots have been filled, those interested in entering what promises to become a firm annual favourite will have to wait until next year for a chunk of the action.

But until then, Woodbine is in the meantime prepping it up for a super thoroughbred horse racing season. The highlight of the coming months is without a doubt the Queen’s Plate, which forms part of the Canadian Triple Crown bonanza. The CA$1 million thoroughbred racing event will be returning to Woodbine for the 161st time on June 27 and it’s a date that many are already looking forward to.

This year’s race favourite is none other than Malibu Mambo. The 3YO is a firm 4-1 favourite for taking home the prize money offered by the 161st Queen’s Plate event and if successful, Malibu Mambo will have added his name to a superb list of past champions. Last year’s special instalment of the race was won by three-year-old thoroughbred and race champion One Bad Boy.

Bet on HORSE RACING online. Be a WINNER at a top sportsbook!