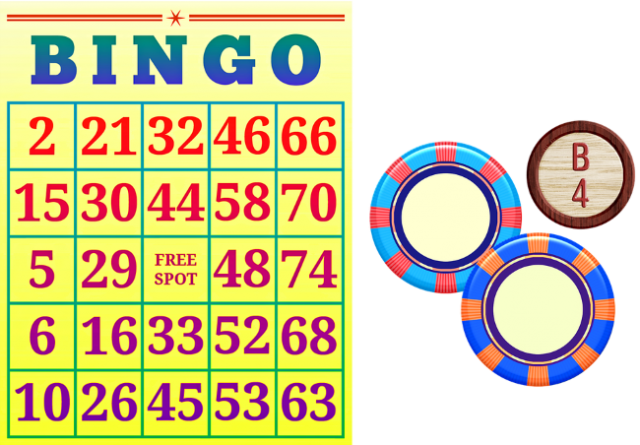 All is fair in love and war, and Bingo apparently. Police have confirmed a Thursday night New Jersey incident during which two players had supposedly taped the missing winning number needed for a win on to their card. The incident in question allegedly unfolded at the Saint Maria Goretti Church Hall in Runnemede, New Jersey.

According to the police report, 71-year-old Theresa Davis and 38-year-old partner in crime Keasha Brockington, both residents of Camden, were discovered to have been guilty of having tampered with their Bingo card in attempt to lay claim to the $200 prize money on offer on the night. The women were however discovered to have been attempting to cheat their way into the winnings and payment of the $200 to the rogue pair was subsequently refused.

The Shame Of Steeling From Bingo

Church officials in charge of Goretti Church Hall have yet to comment on the incident. The two women have since been charged with improper behaviour and were released by police shortly after having been arrested at the scene of the wrongdoing. They now face a Municipal Court hearing and could very well be ordered to cough up fines to the tune of $1,500.

The rogue players are proof yet again that a tendency towards dubious and fraudulent behaviour is no respecter of gender, religion, age or even setting. Churches make use of Bingo to raise funds for those less-fortunate and in need of help, which only makes the actions on the part of the devious duo all the more shameful.

Whether or not the women will be calling on the services of legal representation in an attempt to, at best, mitigate their damages isn’t yet clear. They will in all likelihood be telling their own side of the story soon, but at this stage it appears to be about as cut and dry an incident as incidents go.

Hopefully It Makes Them Think

Bingo is a wonderful way in which to support charities all over the world. Charitable halls are vital hands of help in times of need and many benefit from the help generated by Bingo games. The bulk of revenue generated by halls is rerouted towards charitable organisations and as a result, the games are often orchestrated by organisations at the forefront of social aid. As such, stealing from Bingo is essentially taking food from the mouths of the hungry.

The rogue pair will hopefully think a little more about what they planned on doing and also of the consequences of those actions now that they face hefty fines and public shame.

Can YOU win BIG playing Bingo? Try your luck ONLINE!