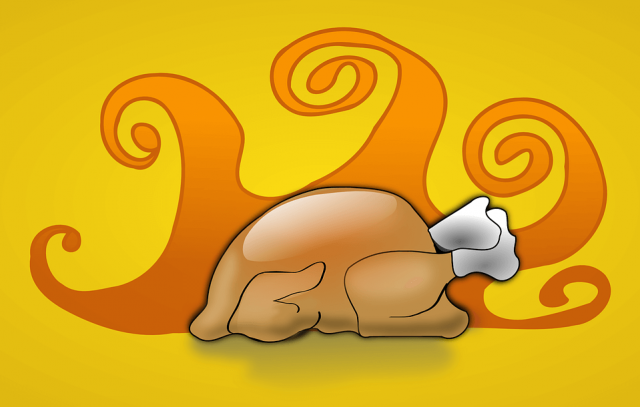 Turkey Bingo is alive and going strong. Just ask anyone living in the Santa Ynez Valley area. The Thanksgiving holiday tradition has been around since 1913 and was instituted by the Hejls Minde 23 Chapter of the Danish Society of Dania of California and Nevada. In 1937, the popular annual tradition was taken over by the Danish Lady Society, Dannebrog of Dania. The Alpha Pi Sorority eventually became the custodians of the event in the late 1980’s, and they have been running it proudly ever since.

This year, however, the sorority elected to turn the event over into the capable hands of the Solvang School Parent Teacher Organisation (PTO), in collaboration with the Solvang Arts and Music Foundation.

There’s No Keeping The Crowds Out

Master of Ceremonies Frank Kelsey provided some light-hearted chatter whilst drawing Bingo balls and reading out the numbers. This year, the event took place on November 17th, and 30 minutes before the games were set to commence, hundreds of people were already crowding outside the doors, excited about winning one of the 60 turkeys that were up for grabs. For their Thanksgiving dinner of course!

Anyone who has ever attended Turkey Bingo knows that it’s all about family and giving thanks for all of life’s blessings – whether a free turkey is on the cards for the night, or not.

And then of course, there’s the Bingo! For the first time this year, a flat rate was charged for playing a specified number of cards. Previously, a dime was used to purchase a card. Kelsey assured the crowd by explaining that even if the event had not been passed over into new hands, the time would have been right to introduce a more modern way of payment.

The MC emphasised that the rest of the tradition would remain unchanged, even in years to come.

Passing On The Baton

According to Victoria Martinez, President of the Solvang PTO, it was heartening to see that the crowds had turned out despite for the minor change to the payment method. There had obviously been some concern as to how people would react. The community attends the annual tradition religiously for the very fact that it has been a steady tradition for so many years.

Alpha Pi Sorority President Pam Johnsen announced that it was a proud moment for the sorority to be able to pass on the reins to yet another capable organisation, and one that could be relied on to become worthy custodians of the century-old tradition of Turkey Bingo.