Tractor Museum Gets a Boost from Black Tie Bingo 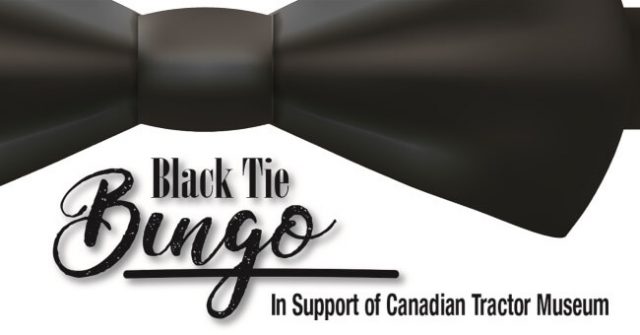 Westlock’s Canadian Tractor Museum is a true national heritage institution and it reflects all of the wonderful elements of Alberta’s rich agricultural history. Thanks to a recent Black Tie Bingo event that was hosted by members of the community at Memorial Hall, the museum will continue to be of service to the province and to the country. It all went down on June 22nd and it was an evening fit for royal attendance.

Local business Rocky Mountain Equipment was one of the main role-players during the special Black Tie Bingo evening. The company not only sponsored the evening itself, but it also committed to an annual $10,000 donation to be made to the museum for the next five years, in addition to its existing annual sponsorship of $5,000, which will last for a total of three years. The three-year portion will supposedly be put to good use in organising future fundraising events. Rocky Mountain Equipment owner Jim Wood emceed the evening’s entertainment.

Wood confirmed that all of the money raised by the special Black Tie Bingo event would be used in an effort to keep the doors of the museum open and to preserve what it has to offer for future generations to be able to enjoy.

The special Bingo evening offered a lot in the way of entertainment. A special dance-along provided additional entertainment at the time of the games being played, and as an extra means of raising money; a live auction was conducted too. There was plenty to eat and to drink and a live band, which proved to be a big hit among the evening’s attendees, provided the music.

Local mayor Ralph Leriger, as well as several of his councillors was in attendance too. Leriger and MLA Glenn van Dijken both motivated and encouraged attendees to be generous with their donations as all of the proceeds would be put to good use in favour of a very worthy cause.

Museum President Art Purdy thanked everybody present for their on going support in favour of the preservation of Alberta’s history. Purdy revealed some of what was planned for the museum for the near future and after the time said that the evening had been such a stellar success that he was already looking forward towards hosting a similar Bingo night event next year.