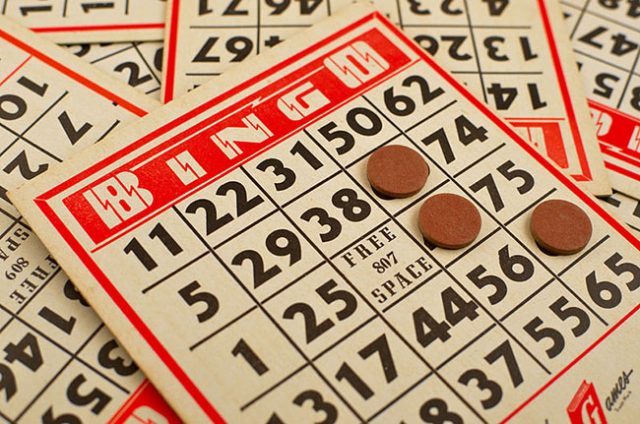 Thanks to an initiative by the Veterans of Foreign Wars, residents of Tahlequah can find a bit of casual gambling at Monday night Bingo, if they were to so choose. According to Leon Halpain, Commander of the Disabled American Veterans Chapter 31, Bingo makes no promises to anyone, but that the really exciting bit is the fact that whether experienced or a bright-eyed beginner, everyone has exactly the same chance at winning.

And perhaps this, more than anything, is why Bingo has never lost its merry charm, not even after centuries of players having passed through the doors of its halls all over the world. Bingo doesn’t discern between experience or class; and luck is the great equalizer of men (and women of course!).

But the fact that players never know when their luck is about to set in, or run out for that matter, is what makes it all the more exciting to play. According to Earlene Rystedt, President of the VFW Auxiliary, there’s just no way of knowing when anyone will walk away the next big winner. Rystedt remembers how she had not won a penny for five weeks in a row, playing Bingo in Salina. And then, just as she was about to grow despondent about it all, she won $215. It turned out to be the start of a winning streak for Rystedt, as the following week she ended up winning $150, and the week after that, a little over $200.

Rystedt also tells the story of how amazing it is that many people, after 12 years in Tahlequah, still do not know that there are games happening on their doorsteps. Upon learning of the games, the previously uninformed are quick to join in. It’s a good thing too, as VFW Bingo nights are a main source of income for the non-profit organisation.

The revenue benefits the VFW, some of the players, and also the veterans who benefit from the services provided by the VFW.

Helping Those In Need

Whilst most players join in on the games for fun, there are also some sizable wins going down. Players at VFW night can win up to $1,199, and the winners often afterwards tell the story of how the money had come to them just at the right them, when they had needed it the most.

According to VFW management, without Bingo, the organisation would in all likelihood not have existed anymore and a lot of good work would have remained undone.

Join in the fun and play Bingo online! Play your cards NOW.