Revitalized Charitable Gaming will Provide Millions for Hundreds of Organizations 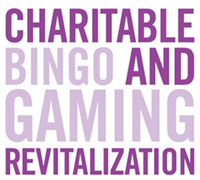 I love to play bingo online as do so many thousands of other people. I also love playing bingo in a bingo centre, with the sounds of bingo numbers being called out by a real person and the moans, groans, and happy shout-outs by real flesh and blood players in my ears. Playing bingo online is nothing like playing endless slots or other casino games. They have their place but they're not for me. Playing bingo in a bingo centre is also nothing like playing at a land casino. No one travels to a bingo centre for a weekend of bingo. No one looks for deals through airlines or hotels for a trip to a bingo centre. Of an evening, if you fancy it, you slip on something comfortable and walk or drive the few minutes to a local bingo centre.

I will write about bingo itself and what I love about it in other articles but today I am urging everyone to be aware of a very disturbing trend in the world of bingo: the proliferation of online bingo sites has cut into the donations many charities have traditionally received from bingo centres.

Canada's Charitable Gaming Conference was held from 16-18 June in Windsor. These annual conferences seek to find solutions to the dramatic loss of funds for charities as a direct result of the severe drop in bingo centre attendance in the last decade, all attributable to the concomitant proliferation of online bingo.

Charities provide many benefits to Canadians. These range from medical supplies and equipment to women's shelters to programs for special needs youth to programs for seniors to general promotion of healthy living. Many organizations that are not charities in the more traditional sense, still could not survive without some outside source of money where profit is not sought; in a word, charitable donations. These cover local sports, arts groups, and many other activities. Charities raise money through private donations but also through gaming. Here is where bingo comes in.

Bingo is not the only game that is organized to raise money for charities. Stay with me while I list the alphabet soup of government and private organizations in Ontario that have come together to revitalize charitable gaming: the Ontario Charitable Gaming Association (OCGA); the Commercial Gaming Association of Ontario (CGAO); and the Ontario Lottery and Gaming Corporation (OLG). These groups are organizing an initiative to revitalize charitable bingo and gaming in Ontario.

The revitalization initiative has been implemented on a trial basis in six Ontario bingo centres. According to the initiative's advocates the trial period has been a huge success, generating about $50,000,000 for some 500 local charities.

Hundreds Of Organizations Have Been Helped

I'm going to list the six bingo centres and a few of the many local charities each centre has benefited. I will choose both obvious charities and some that are less obvious to give you some perspective as to where the money raised by charitable gaming goes.

Habitat for Humanity, Kingston and Frontenac

Youth and Family Network of Essex

Ontario Society for the Prevention of Cruelty to Animals, Barrie

Big Brothers and Sisters of Windsor and Essex

These are just a few of the charitable groups and organizations that have benefited up to now in this trial balloon designed to renew gamers' commitment to playing not only for their own entertainment but also to benefit Canadian culture in the broadest sense. As you can see, the organizations that have received money from charitable gaming run from the medical to sports and music to societal self-help associations. Many people need our help.

A Great Quote that Sums it all Up

At the Canadian Gaming Summit in Vancouver in 2014, David Sheach, the director of the British Columbia Association for Charitable Gaming, gave a powerful presentation called "Revitalization: Partnerships and Relationships in Community Gaming". I'll end here with a quote from his presentation that I feel sums up the need for charitable gaming.

Now, before I give you the quote, let me say that I don't think anyone should feel guilty about playing bingo online! I still play online and love it, as I began this article. But, in our cyber-dominated world, we need to find reasons to get out. Some people wouldn't miss their morning walk or run. We take our kids or grandkids to the park. If you're a Canadian, you skate. We should at least lend a sympathetic ear to the need for financial help from many corners of our society. If we can contribute while we play games, what could be better?

The quote from David Sheach:

"Proceeds from gambling are invested in people, providing opportunities for healthier people and neighborhoods."