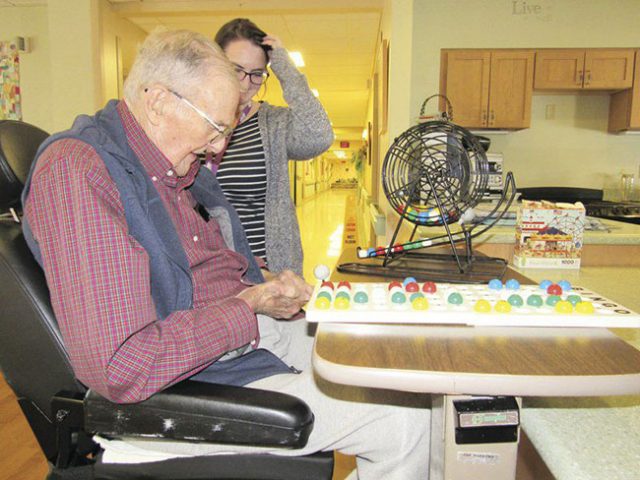 Group activities like bingo are essential to keep the elder members of our society active, social and happy, but it isn’t necessarily easy for everyone to dive straight into it at first. However, one senior citizen in the US has warmed to the game in a whole new way, according to heart-warming media reports.

Staff members at Cooperstown Center for Rehabilitation and Nursing have credited bingo will helping to get 90-year-old Kenneth Kellerhouse involved with his peers once again after many years of reclusiveness.

However, Kellerhouse, a former education professor and teacher at Roxbury Central School and SUNY Oneonata doesn’t just play the game in question. In fact, he has taken to calling it – a pursuit that he feels is far more befitting of his particular set of skills.

From Uninterested to Passionate

The center’s activities coordinator Amy Rose has noted that Kellerhouse was a touch iffy about joining in to begin with. According to Rose, he was adamant that the only way he would get involved with the fun is if he was allowed to call the numbers. She sat down with the retired educator a few months after he moved into the center in 2016 to assist him in picking activities he wanted to get involved with.

The female residents at the center tend to be more social in general, and get involved in around 90% of the activities on offer, Rose says. These include tee-ball, bowling, manicures, and trivia quizzes. For the men, there are veterans clubs, men’s clubs, and even the odd fishing trip to get them out and about in nature for some fresh air.

Of course, almost all of the residents look forward to their weekly bingo games – although Kellerhouse has admitted that he spends a lot of his time alone, watching television and avoiding stopping in for small talk with his peers. His new gaming pastime has been one way he gets to see everyone each week, he says, as he doesn’t have family members in the region to visit him regularly.

Staff have speculated that Kellerhouse might enjoy visiting the ladies on Tuesdays and alternate Fridays, but he might just enjoy the power and prestige of being the master of ceremonies. Either way, the group of gutsy geriatrics play until everyone has won a prize from a cart filled with donated treats, games, toys, snacks, and even beauty products for the women.

Kellerhouse’s story is another great example of just how good bingo is at fostering social connections and community among players of all ages. He is looking forward to being his center’s caller for as long as he possibly can – which he says will be for the next few years at the very least!

Want to enjoy the BEST of Bingo?
Play online and see if you can WIN!