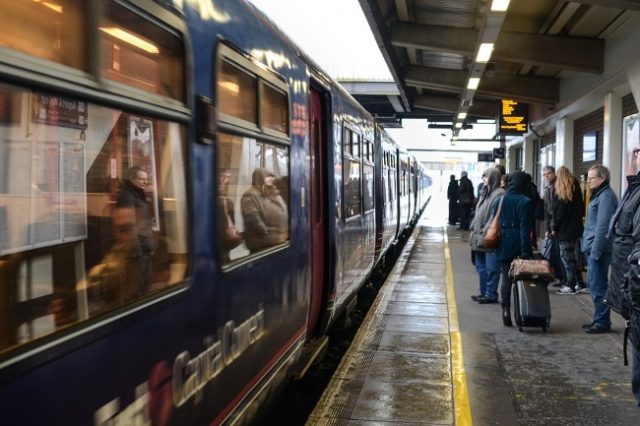 A London commuter who goes only by the name of “Mike” has taken common issues experienced on the London’s railway lines and turned them into a rather creative outlet for the typical frustrations experienced on a daily basis by commuters who make use of the city’s rail-based public transport system. Not surprisingly, Bingo yet again finds itself to be the star of Mike’s show, yet again showing just how versatile a game it can be when just a touch of offbeat innovation is applied to the equation.

Ever since Mike launched “railway BINGO” under the Twitter handle @sw_Bingo a little two weeks ago on the popular social media platform, his creation has attracted messages from literally hundreds of commuters every single day. Mike’s Bingo game is “complaints-based” and every week the creative commuter uploads a brand-new Bingo card featuring various different boxes captioned will every manner of possible railway-travel complaint under the sun. These include everything from disruptive fellow passengers to costly and time-wasting delays to congestion experienced by those travellers who make use of the trips offered by South Western Railway.

At Least There’s Humor Too

But creative Mike’s Bingo cards also present eager participants with a touch of typical tongue-in-cheek British humour. In addition to the absolutely realistic and plausible frustrations displayed on Mike’s cards, there are also classic responses such as “no idea” and “leaves on the line”.

Commuters may also opt in on “best excuse” and “top stamper” options. To date, there haven’t been any takers of a “full house” Bingo achievement. Although its probably only matter of time before luck befalls a player as Bingo lines are completed quite regularly.

The creativity and thoughtfulness to have gone into Mike’s creations are obvious. Complaints also include “engineering works”, “construction on the line” and “points failure”, all of which are typical reasons offered up by railway officials whenever delays are experienced.

Mike’s particular flavour of online Bingo has even drawn a Railway representative out of hiding. The representative recently told BBC that despite the many delays still experienced on a near-daily basis, management was doing everything in its power to limit problems and delays on travel lines.

The representative also said that commuters should keep in mind that even though the service administrators are doing all they possible can to avoid delays and stalled services; there will probably always be events not quite within the control of the British Railway system. But in the meantime, delays and whatever other issues commuters face when using the railway system have been made a little more fun with Bingo!

Be a WINNER with Bingo! Find your favourite games online TODAY.