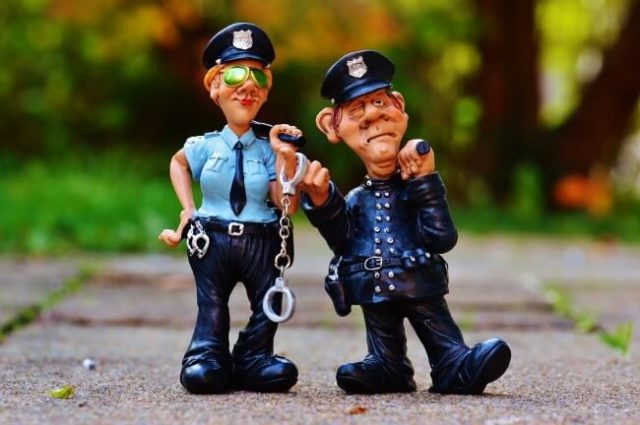 Many have sung the praises of Bingo, and as it turns out, there’s even more reasons to celebrate the game than its social and charitable attributes. Bingo is able to bridge any divide and is the perfect catalyst for getting folks to sit down and have important conversations that would otherwise not have had the opportunity to take place. Bingo certainly crossed the divide between seniors of Baton Rouge Louisiana and local law enforcement when the two groups recently sat down for a game of Bingo with the Badge.

The get-together is an event between the local Baton Rouge Police Department and the East Baton Rouge Council on Aging (EBRCOA), and the August 16 instalment of the event proved especially effective as seniors opened up towards their protectors about their concerns regarding the neighbourhood.

Bingo With The Badge

But Bingo with the Badge is about more than just physical safety and security. Just seeing a friendly face and hearing a reassuring voice can mean the world to vulnerable members of society. According to the EBRCOA’s Tasha Clark-Amar, it was simply amazing to see the interaction between the two groups. It was a situation of looking on and seeing people who cared about one another. Members of the police force, said Clark-Amar, were handing out their own personal details and mobile numbers and encouraging seniors to get into contact if ever they had any concerns about safety, or even if they had to go outside in the evenings. Said Clark-Amar, it gives seniors a sense of security and normalcy.

Seniors often feel as if they no longer have anything to contribute to society, as if they aren’t viewed by the world as being “normal”. The reassurance that someone does care about something as everyday as their comings and goings goes a long way and is highly valued. Its this reassurance that suggests that they have something to offer to society and that they are “normal”, just like everyone else, regardless of age or social standing.

More Than A Game

Bingo is all about bringing people together and about cultivating connections. Research indicates that the game is beneficial in multiple respects. Social interaction combined with the fact that it prompts the mind to stay sharp and mentally focused is now known to combat Alzheimer’s Disease and Dementia.

Loneliness and isolation are the ills of our age and Bingo is the perfect antidote.

Beat the blues. Play Bingo online and see if YOU can win BIG!