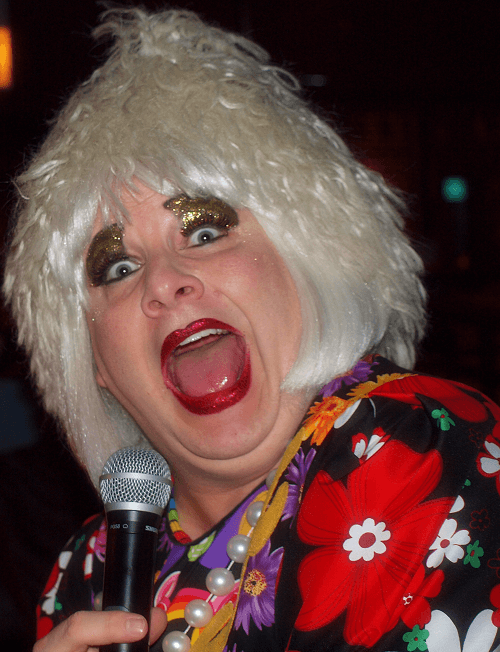 My colleague, Stan Evans, recently wrote an article about how women online casino gamers are different than men. Who woulda thunk it?

Women are Pullers and Daubersâ

Stan noted that women make up a large majority of slots players and bingo players. Since bingo is my bailiwick I decided that I should follow his article with one of my own about online bingo.

It's true that the women I speak to say that they like to play bingo online because they like the game and they like the chat room. Although almost everyone agrees that nothing can compare to a bingo centre as a place to get together with people whilst playing bingo, the chat room affords some human contact for people who can't go out for whatever reason.

I don't know anyone personally who has made a lasting friend chatting at an online bingo site but who knows?

Bingo has Sites; Poker has Casinos:

Bingo sites may offer bonuses for registering and depositing, for special dates such as birthdays or anniversaries, or for special activities such as bringing a friend to the site.

When a bingo site offers a bonus for making a deposit, the bonus is usually much smaller than the bonuses offered at the big online casinos. Many bingo sites brag about 500% bonuses but they end at about $100. The so-called play through requirement is also there at a bingo site but it is not generally difficult to reach it.

Where are There More Players? Bingo Sites or Bingo Centres

I mentioned in a previous blog that the odds of your winning any given bingo game is simply a function of the number of cards you're playing against the total number of cards being played. Since bingo sites offer bingo all over the world, the number of cards being played is much higher than it can possibly be at a bingo centre. Thus, the odds that you'll win a game are much lower online. The payouts for winning a game of bingo online should be commensurately higher but, unfortunately, they usually aren't.

Bingo sites make no pretense that they are targeting both men and women. The colours at bingo sites are pink and purple and yellow and orange. I looked at a few bingo sites for research purposes only and didn't see black anywhere.

Given the proliferation of colours associated with girls, it does surprise me that there are bingo sites out there with browns and other unisex colours! Who plays at those bingo sites? Not I said the women with the little pink ribbon in her hair.

No one I've ever spoken to has said that the girliness of bingo sites offends them. We might think that they're over the top; we might make fun of them amongst ourselves; but we would never think not to play there if we like the site for reasons other than colour.

The big jackpots at bingo sites range from the very low thousands to the slightly higher thousandsâ€”much closer to zero than to the millions you can win playing progressive casino games.

Bingo sites offer tournaments. These are similar to the slots tournaments that have small jackpots and small to free admission.

It all seems like harmless fun. However, it is much easier to become addicted even to bingo when playing online rather than in a centre. This used to be the case across the board but, as centres are adding electronic bingo which can play hundreds of cards for you whilst you sip another latte, it is now becoming more common that problem gamblers are frequenting bingo centres.

Anything Can Be Overdone

No one would tell people never to go to a shopping mall just because some people can't help from maxing out their credit cards. One can go to a racetrack and make ten $2 bets or one can go to a racetrack and drop the rent money! Have you ever gone to a supermarket and bought so many things you don't need but were "on sale" that you swear you'll never go without a list again? As if a list will stop those people who can't resist a sale!

When handled properly, bingo is harmless fun, whether you play online or in a centre.

The reason I push bingo centres is because they help small and big local charities or organizations that need charitable donations. What better way to donate to a good cause than by playing a game!

Women are Different than Men

Having lived for a few years and having spent time around both men and women I can attest to the truism that women and men are different. The statistics that show that women play slots more than men is important only to the marketers and game developers. They will produce more romantic slots than hard-core action slots but so what! There are more than enough of both to go around.

Online bingo sites will continue to look like a ten-year-old girl's room but men are also welcome and many play there as well.

It's so much ado about nothing if you ask me.

Check Out the Hundreds of Slots at All Slots
SHARE
Facebook
Twitter
Previous article Electronic Games to the Rescue
Next article How Long Would it Take to Count to 100,000,000?
Related Articles