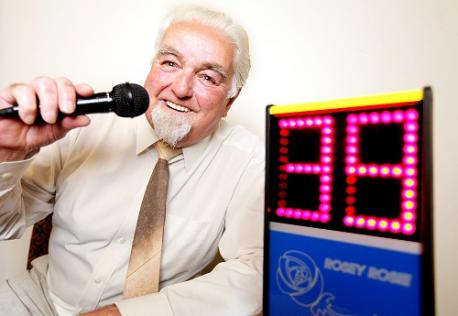 According to a brand new report from CBS News, a bingo caller at the Yorktown Jewish Center in Yorktown, New York has now been arrested on charges of fraud. The scandal took place at a synagogue based in Westchester County, where the suspect worked as a caller during weekly games.

Police officials have revealed that the caller was arrested after it was alleged that he had changed the outcomes of numerous bingo games at the center. 71-year-old Neil Simon Gross stands accused of manipulating and changing the results of the weekly competitions that the Yorktown Jewish Center holds for its members to raise funds for the local community.

Gross Appears in Court Next Month

After carrying out an in-depth investigation into the allegations at hand, local New York police and the State’s Gaming Commission came to a decision. Gross has since been formally charged with gaming fraud, and surrendered to police late last week. He has been charged with a class E felony and released without bail, and is set to appear in court this coming September 11 to state his case to a New York judge.

According to Lieutenant Tom Gentner of the Yorktown Police Department, another anonymous member of the synagogue made a complaint to the State Gaming Commission with regards to their suspicions of Gross’s fraud. Gentner noted in his statement that he did not know if any cash prizes were at stake, as in his own words, he has never played bingo before.

However, Brad Maione of the New York State Gaming Commission confirmed (in a roundabout way) that money was indeed involved in the scandal. He added in his own statement on the case that the gaming fraud statute states that the value of the prize must exceed $1,000 for any game manipulation to be considered a felony.

As Gross was charged with a felony following his arrest, it is safe to assume that the prizes on offer in the games he tampered with were worth at least $1,000, if not more.

The Yorktown Jewish Center was established back in 1952 by a group of Yorktown residents who sought to create a Jewish community both for themselves and their children, not to mention those members of the creed that would move to the Lower Hudson Valley area in the future. Funds generated by the center’s bingo games are donated towards various community causes, as well as helping those in need in the region. News of the fraud came as a blow to center, but they will surely recover and go on to enjoy the many more fundraising opportunities offered by the game. With a new caller of course…