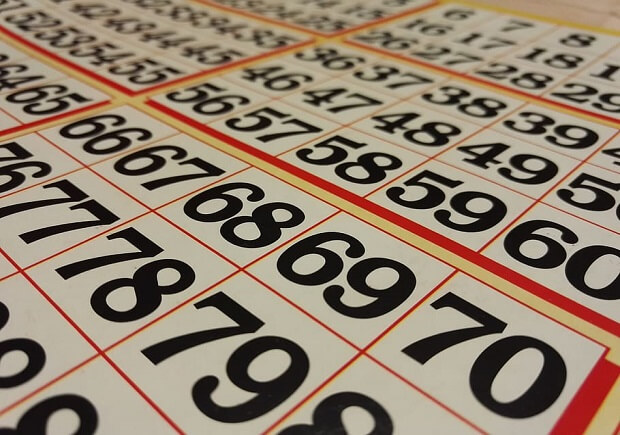 If your idea of style is to carry around your daubers and other general Bingo necessities in a special themed bag from British accessories fashion designer Lucinda “Lulu” Jane Guinness OBE, then the Bingo Bibi Tote is the perfect accompaniment just waiting to turn heads at your next mid-week games night event.

In return for “only” £175, you too could until very recently have become the proud and sophisticated owner of a bag crafted from soft bouclé, lined with a vertical stripe insert, and complete with handles of black acrylic – featuring of course a special Bingo board design.

We say until very recently as the special bag, recently spotted donned by supermodel Bella Hadid in Milan, sold out within only 24 hours of it gone on sale.

On the other hand, instead of having to part with a smallish fortune, Buzz Bingo is offering to fashion enthusiasts the opportunity to own a recreation of the legendary Bingo Bibi Tote bag – at a mere fraction of the price. And best of all is that every £1.75 collected, which is what Buzz is charging for their version of the famous bag, will be donated to England’s National Health Service (NHS).

The Buzz Bingo bag, which will reportedly go on sale soon, will initially trial at the Tooting venue. Buzz Bingo owner Caledonia Investments is furthermore also supporting the NHS via its NHS Lucky Stars Main Event game. According to Caledonia, for every paper book and electronic touchpad sold, 5p of the proceeds will be donated to Britain’s NHS.

The UK’s largest retail Bingo operator started to reopen its venues on August 6 and estimates that all its venues will be re-opened for business by at least August 27. Enhanced safety measures aimed at keeping customers and employees safe are being rolled out alongside all re-openings, and there will be a strong focus on sanitising ad staying safe.

Not unlike the prevailing situation in Canada, British charities too, have been hard hit by the impact of the worldwide health crisis.

UK charities are thought to have lost out on an estimated £4.3 billion over the course of the past 3 months alone resulting from money lost due to long-term closures of Bingo halls and other fundraising organisations and initiatives.

The future of some 3,000 local UK charities are considered to be currently hanging in the balance. Thousands of people all across Britain rely on local Bingo charities in order to survive.

Be a BINGO winner! Play for a BIG win online.