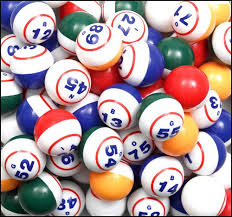 Last week I wrote a somewhat heavy piece about charitable gaming, as good a cause as there is in gaming. This week I would like to be a bit lighter. So, let me attempt to answer the burning question: Why, Susan, do you like bingo so much?

I Have No Beef with the Incredible Hulks

I appreciate superior athletic skill. But the only fast breaks in bingo are to the bathroom after a long game. In any case, I think that athletics have become far too competitive. The most competitive people in bingo bring the top of the line colored markers and special tape that won't come off the table during an exciting finish to a game! I blame the Soviet Union for allowing professional athletes to compete in amateur athletics like the Olympics. Who cares if Canada wins when the players are all superstar pros. I would like to see a return to amateur athletics. The game of bingo, as skilled as you have to be to correctly mark O-64, has no pampered superstars, even though you can give your bingo-loving loved one a leather bingo case for Christmas.

Even amateurs are semi-professional these days. The demands on their training (athletes, not bingo players) mean they don't have the time to earn a living so someone has to support them while they train hours upon hours every day. Sidney J. Harris once wrote that something not worth doing is not worth doing well. He was referring to baton twirling. I think about it every time a young skater falls down trying to do a triple flip that only four people in the world can actually see!

How, dear reader, does this relate to bingo? Bingo is a game that you can put money on and that can also be played at a ten-year old kid's birthday party. Try doing that with video poker, blackjack, roulette, and any other casino game. Now, don't get me wrong: I have no major quarrel with casino games; some of my best friends love casino games! But casino gaming is not my idea of a fun pastime. I like bingo because it passes the time, the games change all the time, you can get excited by the possibility that a specific number will be called, and, if it does, you get to jump up and yell "bingo" like a little kid. When people get a bit crazy around the craps table you wonder what a bunch of half-drunk party-goers are doing going gaga over an eight!

There are many variations of bingo. You can always find a bingo site or centre that changes the game after every win. Here are just a few of my favourite bingo patterns:

I was never especially good at arithmetic in school. I wasn't good at it even when they changed the name from arithmetic to mathematics. It goes without saying that geometry was never a strong suit of mine so it's kind of a wonder that I enjoy the geometric nature of bingo patterns. Of course, Ms. Thomaszoid and Mr. Triangleson aren't preparing tests to trip us up when we frequent a favourite bingo centre.

The Sounds of a Bingo Centre are Music to My Ears

When I play at a centre, I love listening to the moaning and groaning around me. I, myself, am not a moaner and a groaner. I like to listen. None of the camaraderie of a centre is available online so I play online just to get a few games in.

I also enjoy the unique slang of bingo. It usually takes years of intense concentration and study into the wee hours to learn the slang terms for all the numbers. I love them all the more because they're so deliciously contrived! Here are a few of my all-time favourites:

Bingo is the best way for a coach potato to get some exercise. So, grab your daubers and head out to a bingo centre and remember charitable gaming.