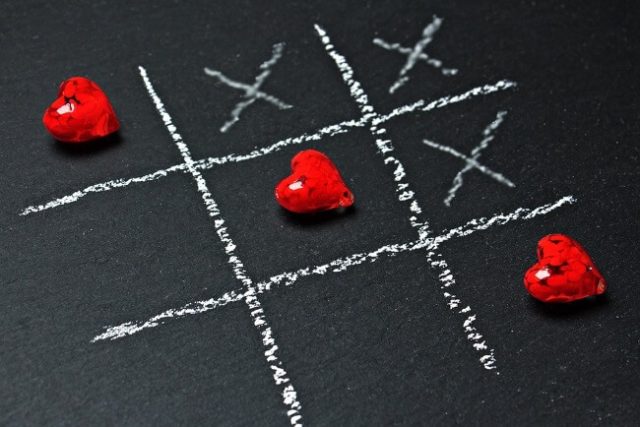 Stories of new love and romance at the Bingo aren’t uncommon. But when love’s number is the next one up, its everything but fun and games. It’s a story that Denise Carter, a 58-year old support worker, is unfortunately all too familiar with, because when husband Graham, 56, found Bingo he also happened to find love – again!

When Denise and Graham Carter met via online dating back in 2012, Denise; then single for going on 25 years; believed that farm worker Graham was just about the best thing next to winning the jackpot. Reminiscing about happier times, Denise remembers how the handsome farmer had brought her flowers only days after the couple’s first date. According to the mother of two, the couple had positively hit it off since the very first time they had met. The Graham she knew back then was a “salt of the earth” kind of guy.

Denise and Graham eventually wed two years later in 2014, convinced that they were made for one another. But the wedded bliss wasn’t meant to last forever and the split in the road came about in one of the most unexpected of ways.

Denise Carter has always absolutely loved to play Bingo. And so it seemed only befitting that Graham was eventually invited along. She recalls feeling blissfully surprised when Graham not only enjoyed playing along, but soon started to attend more and more games of his own accord. During their first year the couple had managed to win a combined £300 in prize money. Denise remembers how they had saved their winnings in a jar at home, planning to spend the money on “something special” and meaningful to both of them.

The idea, remembers Denise, was to spend their winnings on a caravan holiday. But when Graham one day suggested completely out of the blue that they should consider making it a honeymoon caravan holiday instead, Denise knew that love’s ship had finally come in.

Love’s Number Was Up

After the happy couple wed at the local registrar’s office, Graham continued to accompany his new wife to Bingo. He so enjoyed the game that he started to play on the clock and even began scouting for larger Bingo venues and events.

Denise recalls having been taken aback by Graham’s extreme zeal for the game, especially since most other men she knew showed no interest in Bingo.  But what Denise did not realise at the time was that hubby Graham wasn’t as much interested in the game as he was in the other players…

The penny finally dropped for a very concerned Denise when an anonymous caller informed her that husband Graham had been seen getting up close and cosy with another female player. A shocked Denise immediately confronted her number-dabbing beau, who immediately denied guilt. But when asked to show and tell regarding his mobile phone, Graham eventually spilled the beans about his wondering eye and proceeded to plead for forgiveness.

Denise, ever the loving wife, decided to extend to Graham the hand of forgiveness. But about a month ago after having returned home after work one day, Denise discovered that husband Graham, along with all of his belongings, had vanished into thin air. When reporters finally caught up with Denise’s husband-on-the-run he offered up a simple and straightforward explanation. Graham had fallen in love with another.

Not surprisingly, with someone he had met playing Bingo.