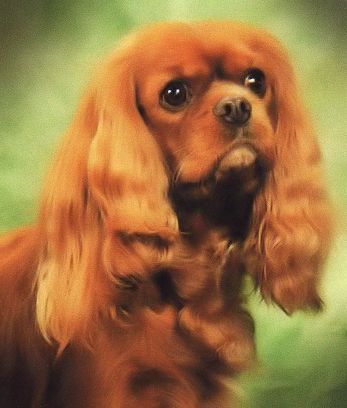 At the end of a long article about the closure of two charitable bingo halls in Ohio, two commenters submitted very opposite opinions about bingo halls, bingo, and gambling generally. I'll paraphrase their comments rather than quote them directly.

A Force for Good or a Scourge on Society

The second writer says that he has seen gamblers, amongst them bingo players, who, having lost all the cash they had, went to a cash machine and returned to the bingo hall, ostensibly because they have a gambling problem and are willing to continue losing. The writer is not at all bothered by the loss of a bingo hall, lumping all bingo halls together with all casinos and other gambling establishments. I disagree with this opinion.

Now I'll return to the news article and then I'll try to respond to the two commenters and tie my comments in with the report in the article.

Two charitable bingo halls in the Cincinnati area of Ohio in the U.S. have had to close because attendance had dwindled to the point that the proprietors of the halls were unable to keep them open. This is a big loss to the charities that benefited from the bingo games held at the Veterans of Foreign Wars Post 3809 and the Carlisle Lions Club.

The loss of bingo players was attributed to the advent of casinos and racinos in the area. Racino is a brand new term for me; it means a race track that also has casino gambling. The amalgamation of racing and casino gambling is quite new; the racinos in that area opened only about one year ago. The article states that the Lions Club and VFW Post expected the novelty of these purely gambling locales to wear off. Alas, the draw of gambling has not receded and many erstwhile bingo players have become denizens of these casinos and racinos instead.

Charity Should Be a Good In Itself

I know that charity has always been a big element of Christian teaching. My Jewish friends say that both Christianity and Islam took the concept from Judaism, thank you very much. A famous Jewish Rabbi, called Maimonides, taught of seven levels of charity, the highest of which is to give enough charity that the recipient never needs charity again. Give a hungry man a fish and he eats one meal; teach him to fish and he will never be hungry again!

Modern Society Must Have Games

In today's world, giving charity has to be accompanied by either a game or a reward of some sort. Charitable bingo makes it a game; naming a building or section of a building such as a hospital after someone is the type of reward that is demanded when very large sums are solicited.

I suppose it's human nature in some way to either want to play while giving or to want one's ego massaged when giving.

Where Have all The Young People Gone?

A large element in the reduction of revenue for the charitable bingo games is the inability of bingo to attract young people. The average age at the VFW games was reported as between 50 and 60. This means that very, very few people in their 20's and 30's ever attended the bingo games. The racinos opened only in 2014 and have siphoned off many gamblers. The fun of gambling at a bingo hall where most of the revenue after expenses goes to local charities has little draw on today's young people. We have raised a generation of young people who take little responsibility for the welfare of their community. They seem to feel that someone else will foot the bill for schools and hospitals.

In response to the first writer, who laments the loss of funds for good causes: the only way to get money to said good causes is by going online and telling people that it is truly up to them to do their part. If people won't just give money asking nothing in return as the Mormons do, who tithe 10% automatically to their Church which uses the funds for good causes, then they should play while giving. A reawakening of charitable giving is needed, to be sure.

In response to the second writer: the scourge of gambling addiction is a true tragedy. It destroys lives and families. However, most people are not problem gamblers. Just as we don’t make alcohol illegal because some can't drink any alcohol at all; just as we don't outlaw cars because some people drive recklessly; just as we don't outlaw coffee even though some people become addicted to caffeine; we should not outlaw games even if some games require money to play them and even if some players lose more money than they can afford. We need to become a more mature society; one where problem drinking, reckless driving, and gambling problems are almost non-existent.

Budget for Charity and Play

If you must gamble, and I have no problem with gambling per se, then try to budget some of your gambling money for charitable gambling. In my opinion, the most fun way to gamble for charitable causes is to play bingo, at bingo halls. Especially young people who have more disposable income than their parents or grandparents had at the same age, ought to devote some of their gambling to charity. They and we will all be better for it.