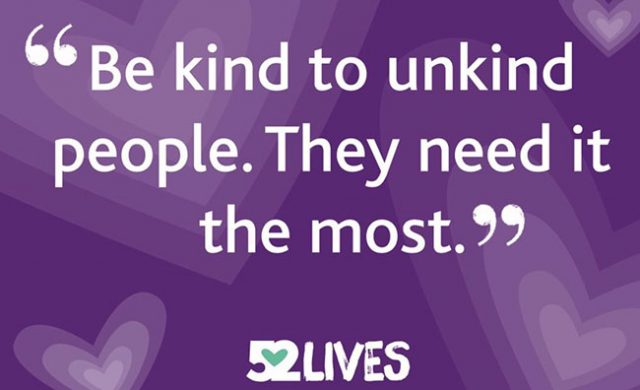 Leading UK online bingo operator Gala Bingo has been hard at work raising funds for worthy causes. The brand has recently announced that it will be extending its partnership with British charity 52 Lives for another two years, under which it will raise even more cash for the organization in question.

52 Lives was established back in 2013, and aims to change the lives of needy people each week by perpetuating a culture of generosity and kindness. The organization has already supported thousands of local Brits in need of help, and plans to do even more in the future with Gala by its side.

The popular bingo supplier has raised funds by hosting special charity games every day at 17:30pm local time, along with an additional three rounds on Sunday evenings. Anyone over the age of 18 is encouraged to take part, with tickets costing a mere 25p per person or less. 100% of all profits from these game entries go straight to the charity’s account, alongside extra donations from players.

Commenting on the heart-warming partnership, Gala Head of Brand Marketing Karina Adrian has said that her company is thrilled to have renewed its partnership with 52 Lives. Adrian says that the charity really does transform lives across the United Kingdom, and that her firm is looking forward to supporting the worthy cause for another fruitful two years.

With so many bingo websites working hard to contribute to charities, Gala is proud to be one of the leading brands in terms of charitable fundraising in Britain. Having exceeded its donation expectations every year, the premium brand is looking forward to do its bit for society over the coming years and beyond.

Gala Looks Forward to the Future

Karina Adrian added in her statement that the brand’s community is a very supportive network that is proud of the total it has raised so far. It’s wonderful, she says, to see just how generous Gala’s players can be, and her company believes that the charity bingo games are a fun-filled way to collect money for people and organizations in need.

Commenting on the renewal of the partnership, founder of 52 Lives Jaime Thurston has said that the group has been working with Gala for nearly three years now, and in that time they have raised amazing amounts to help them change the lives of thousands. From buying crucial medical equipment for sick children to buying Christmas gifts for the elderly, Thurston says that none of what his organization does would be possible without the bingo giant’s ongoing support.