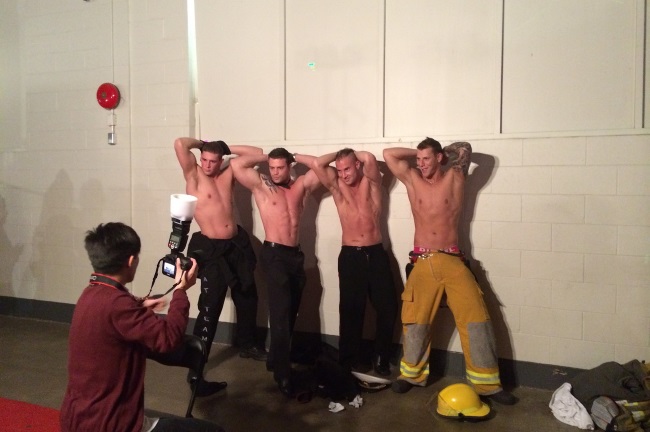 On February 15th the Apollo Bingo Hall in Barrow hosted Bingo with a bit of a twist as male strippers took to the stage after the evening’s Bingo proceedings, showing “it all” Full Monty style. Needless to say, none of the ladies present for the Ladies’ Night 2 event hosted by resident drag queen Kitty Goodhead, had their eyes anywhere near the floor.

But even though it all mostly panned out as advertised, some of the ladies in attendance are now said to have not exactly played along in a manner befitting of their grandma-status. And so much so that fortified enforcements had become necessary at the doors. To keep the order, of course. Nothing lacked as far as customer satisfaction went, with one elderly female Bingo fan having taken to social media after the time to write about how she had had a “brill” time at the Bingo with the male strippers, even having managed to touch “one or two”.

It Was All Regulated Fun

A local businessman however reported having received word from a concerned citizen about the event having nearly had “got out of hand” because of the lack of permanent door staff tasked with keeping things in check. But an Apollo Bingo manager, who chose to remain anonymous for the love of the cause, said that according to him, nothing at all untoward had happened during or after the evening’s proceedings and that the entertainment on offer did not at all deviate from that “advertised on the tin”. The poster for the show did after all warn that those with a sensitive and easily offended constitution had better depart post-Bingo because of the fact that Ladies Night 2 guaranteed Full Monty male nudity.

But despite a general air of customer satisfaction all round, one complaint did make it into the mix (it always does!), confirmed local councillor Tony Callister, who is the spokesperson for licensing and public protection. Callister however concluded that following a thorough investigation into the complaint as well the evening’s proceedings, it soon became clear that nothing out of whack with the law had taken place.

Apollo Did Nothing Unlawful

Callister said that the local council views complaints lodged about licensed premises from a very serious standpoint and that the general public is regularly encouraged to contact Public Protection Services in the event of any complaints or concerns about the local clubs and pubs doing business in the borough.

Apollo Bingo’s premises licence permits that the club is authorised to host entertainment of this nature a total of 11 times a year. And relevant entertainment there will be if the happy grandmothers-gone-frisky have any say in the matter at all!

Real wins are waiting for YOU online. Play BINGO today!