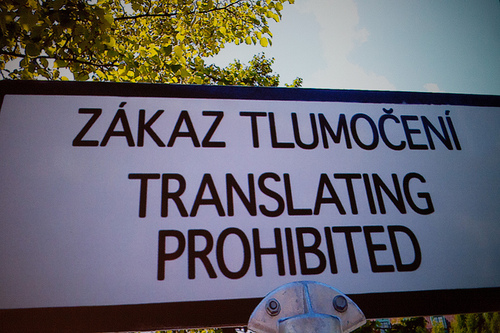 Whilst doing research for my blog, I come across the most fascinating things about bingo. This time I'd like to talk about "debate bingo". It seems you can make a bingo game out of politicians' campaign clichés! What an amazing idea. Not only do you get the simple pleasure inherent in this most kid-like game, you also get the more profound adult pleasure of making fun of politicians.

The debate bingo game that I came across was the idea of weather forecaster Claire Martin, a Green Party candidate from North Vancouver. You probably know Martin; she presented the weather forecast on "The National" for nearly two decades. She is seeking the Green party nomination in North Vancouver. Knowing that the previous Green Party candidate garnered only 5% of the vote last time, Martin realizes that she has to run a spicy campaign if she is to have any chance to win election. Thus, debate bingo.

Debate bingo is usually played as a crowd gathers in the host's home to watch a debate between candidates on television. Everyone knows that nothing of any real substance comes out of debates, which are likened to politicians' version of canned laughter. The laughter we hear from the at-home gatherings is all too real, however. The idea is to use politician's' clichéd answers and statements against them. The more hackneyed the response the more derision the politician should receive.

Prepare for the Debate

To have a successful debate bingo evening you have to produce several debate bingo cards in advance. Just as in regular bingo no two cards should be alike. This means brainstorming to come up with as many political clichés as possible. Merely using political positions doesn't work. You can support raising taxes or support lowering taxes. There are arguments on both sides. But when a debate participant says "let me be perfectly clear about this" or "at this point in time" your ridiculometer should gear up and you should fire bolts of derision at the candidateâ€¦.even if you agree with her or him!

One thing I hope to see one time in my lifetime is a political campaign without sound bites that are designed scientifically to elicit a perfect reaction from the audience: rah rah from supporters, hmmm from undecided voters, and "ya want another beer?" from the majority.

Here's a quick list of clichés I would like to see banned from political discourse. That makes them perfect for debate bingo.

There is also room for body language to be used as part of the debate bingo event.

The whole concept of debate bingo just proves once again my basic premise that bingo is a great pastime and diversion from everyday concerns. Using it as a buffer against the real anger you would otherwise feel toward debating politicians is a perfect way to get through the debate without losing your sanity. And, just because I always get in a plug for charitable bingo, how about sponsoring a debate bingo evening at your house and taking money for the bingo cards with the proceeds to go to a non-political charity?

Since I've already said that no real policy information comes out of televised debates and that they are full of hated clichés, you could ask why we watch them at all. I'm glad you asked that question. We need to decide who will lead us out of the wilderness we find ourselves in, who has the gravitas to face up to the boogey monsters outside our borders. Sometimes televised debates do serve this purpose.

Televised debates also can inform us as to who is not ready for the prime time task of leading this or any great nation. I wonder if debate bingo will be more entertaining when I watch the Republicans or the Democrats debate in the U.S. On the Republican side, Donald Trump is a professional buffoon in addition to being a tad wealthy, and is riding his buffoonery to a big lead in the polls. On the Democratic side, Hillary Clinton is the front-runner with a big lead on the rest of the field and a full war chest ready to go. She was flat broke when she and husband Bill left the White House with deeds to two huge living quarters, one an apartment in Manhattan and the other a massive mansion in Chappaqua, New York. Frugal Hillary has had to save her pennies to maintain her two dwellings.

You see, debate bingo moderates our anger at the political class. Without it we would need a much stronger diversion than bingo.