The Evolution of Bingo Halls 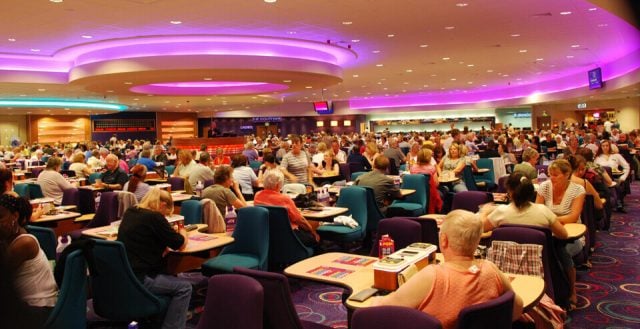 Way back in the 1960s, bingo players used to select one day a week on their calendars to set aside for their favourite game. On this particular evening, they would disappear into a cloud of cigarette smoke to chat, socialize, and enjoy the prospect of landing a hefty cash prize for an elusive full house.

Back in the day, gaming halls were reportedly so full of smoke that when the doors were opened at closing time, there was so much of it billowing out that people started to wonder if something was on fire! However, times have changed and bingo has certainly kept up with them, retaining its legendary fun while still becoming healthier, more modern, and a lot more convenient.

Now, almost 60 years later, not a huge amount has changed about the halls that generations have loved to visit. Bingo parlours are normally packed to capacity on weeknights, and even students participate for a night of affordable fun and the chance of winning some much-needed cash. Workers team up with their friends for a night of action, and middle-aged players bring their grown kids along for a more adult-oriented form of entertainment. Seniors, of course, love it too.

READ MORE: Bingo Calls And How They Came To Be

Over the past few years, in part due to the current recession, the game has experienced a massive surge in popularity – especially among middle class folks who can no longer afford outings and pub nights every weekend. Instead, they are starting to set aside a night or two a month on which they can gather with their friends and play for the chance to add some funds to their accounts.

As well as being a cheap and fabulous thing to do, bingo has also become far more inclusive for all of its fans. As smoking has fallen from grace and become more taboo than ever, more health-conscious and younger players have pushed halls to ban smoking and become cleaner and healthier to be inside. No longer are players subjected to a room full of toxic, second-hand smoke through which they can hardly see their cards…

Preservation of the Social Aspect

Races, creeds, religions and genders are also certainly not a focus at modern gaming halls any more. No matter who you are, you are always welcome to attend, and will likely meet friends from all kinds of different backgrounds while you play. Halls have even added fun, modern new calls based on current pop culture to attract new generations.

Online bingo websites might be extremely popular at the moment, but there is one feature that neither they nor their mobile counterparts can offer: an authentic social experience. Players have been enjoying long chats over games for many decades now, and while online chat features are commonplace, they simply can’t replicate that real-feel atmosphere. It’s a good thing the game continues to stay with the times to keep these traditions alive!

Looking for Bingo games online? Sign up with the best sites in Canada and strike it lucky!