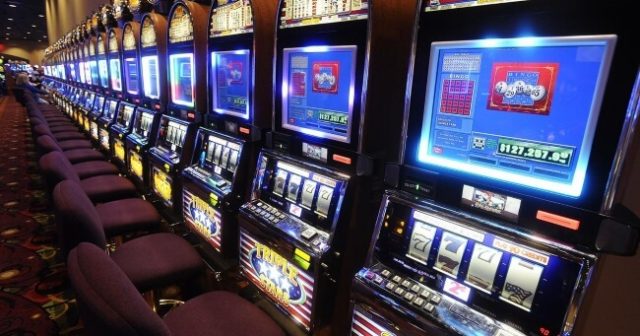 Electronic Bingo machines and coin-operated slot machines are illegal in the state of Alabama. And yet, many have in the past tried to side step the law by trying to pass these under the guise of charitable endeavours. The brother of Jefferson County Sheriff Mark Pettway, namely Bruce Pettway, appears to be one of the people considering himself to be above the reach of the law. Despite being in possession of a charitable permit, it remains worlds removed from being legally permitted to operate electronic Bingo machines for personal profit and gain.

As pointed out by Jefferson County Commission President Jimmy Stephens, there is a huge difference between Bingo interaction between people in a group at a local gathering, and playing one-on-one against an electronic machine. The fact that Pettway has obtained a business permit does not make any difference to the fact that electronic Bingo machines have not been legalised in the state.

Stephens has reportedly in the interim met with Sheriff Pettway, and is expected to have driven his argument home during that particular conversation, having on more than one occasion in the recent passed stressed the fact that eBingo isn’t legal in the state.

Neither the sheriff nor the president of the commission has responded to any requests for comments after said meeting had taken place. The fact that a person closely connected to a law-enforcer is now suspected of having blurred the lines between legal and almost-legal-but-not-quite is a major concern for the Jefferson County community. Actions like these have the potential of creating a massive conflict of interests.

In the meantime, Alabama Attorney General Steve Marshall has been on a rampage, closing down eBingo locations far and wide. According to the Attorney General, Alabama legislation is crystal clear on the matter, and halls operated for personal profit and monetary gain, are not legal in the state.

Marshall recently issued a formal statement on the issue of eBingo and coin operated slot machines and said that irrespective of what the operators of the machines claimed, the Supreme Court of Alabama had on more than one occasion ruled that the machines constituted a form of illegal gambling.

All that remains, according to Marshall, is to obey the Court’s ruling and enforce the laws of the land.

If you are looking for the BEST Bingo games, you need to play ONLINE!