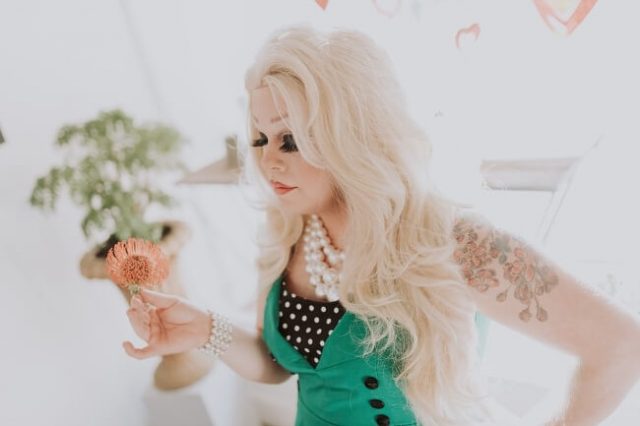 Drag Queen Bingo is all about the fun and having a good old laugh right out of the belly. But its more than just having a good time and picking up a make-up tip or two from the hosts of the evening, because its also entertainment that raises money for a good cause. The Blue Star Mothers of Santa Clarita is exactly such a cause, and recently enjoyed all of the fun and laughter that Drag Queen Bingo has to offer at a fundraiser at the local American Leisure Hall.

All of the proceeds of the event were handed over to Blue Star moms so as to enable them to put together parcels and send it off their children serving in the military abroad and who are fighting in wars abroad. Players won prizes based on the results of their Bingo cards as well as from having bought some of the raffle tickets available to purchase ahead of the evening’s proceedings. The raffle tickets, as well as food for the evening, were sold by the American Legion Post 507’s kitchens.

All About Raising Awareness

The evenings are hosted on a regular basis, says Marina Telles, who is the Vice President of the local branch of the Blue Star Mothers. Not only do the events enable the mothers to put together what is known as “care parcels” for their children and also the children of others, but the events serve a dual purpose as they also create an awareness about the fact that the local community is home to many a young man and woman serving the country in truly selfless manner.

The highlight of the evening’s entertainment was without a doubt the evening’s pair of hosts. Drag Queen Roxy Wood and Jeffery “Bingo Boy” Bowman ensured that the evening’s Bingo playing was transformed into funny improv performances accompanied by comedic commentary.

Yelling “Bingo!” was followed by having to fetch one’s prize from the hosts of the evenings. The prize winners were then on their way back to their chairs bombarded with little balls of paper whilst the merry audience could be heard chanting “pelt her, pelt her!” for good fun.

The majority of the evening’s participants said that they were there in order to support a good and a worthy cause. The fact that they were entertained by the funny antics of Drag Queen Bingo’s charming two hosts was considered to be a bonus by everyone present.

Embrace the FUN side of life. Play BINGO online and WIN!