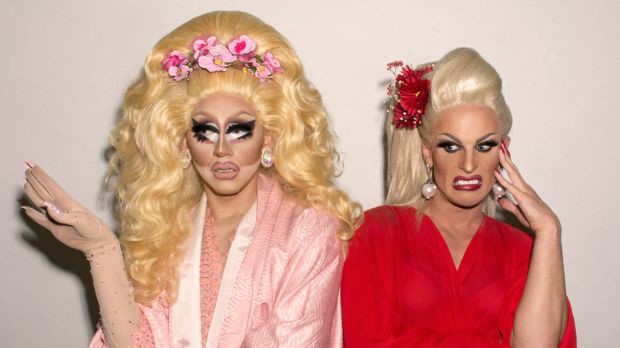 Drag Queen Bingo is a thing, just apparently not in the super-conservative Westmoreland County, and not even when it’s for a very good cause. Westmoreland’s Calumet volunteer fire department has announced that it will not be going ahead with a special fund-raising Drag Queen Bingo event that was scheduled for July 20, due to only 60 tickets having been sold so far, instead of the required 300 tickets if any real difference is going to be made.

According to the fire department, the special Sparkling Queens Of Drag event had suffered severely at a group of seven local pastors who had earlier this year in March sent out letters admonishing all and sundry not to attend the fundraiser because from a religious point of view, it came down to nothing short of promiscuity. The pastors alleged in their letter that the event wasn’t in line with the beliefs of the community as it encouraged attendees to “touch, fondle and grope” the drag queens.

The event organisers have said that despite the fact that the letter managed to maliciously paint an altogether incorrect picture of what went on at the events and also of the actual spirit of Drag Queen Bingo nights, the fire department and its various charitable beneficiaries were now the biggest losers.

The Story So Far Has Been Good

According to the Sparkling Queens of Drag’s Jeffrey Kaczynski, the queens have been together for over a year now, and all of their events so far have sold out. Kaczynski said that over the course of the past 12 months, the group has managed to raise more than $180,000 for charity. Thanks to the short-sighted attitudes local pastors, the difference being made in the lives of those who really need it the most, is now being threatened, and severely so.

Kaczynski added that the queens were professional entertainers and that every fire department that has in the past hosted similar events, later called up the group to thank them for the funds raised and for their 100% professional service and conduct.

No More Queens, No More Help

Drag Queen Bingo endeavours to provide help to various charities, including local voluntary fire departments, animal rescue foundations, Relay for Life, and even individuals requiring life-saving surgery but who are not able to foot the sky-high medical bills associated with the necessary medical treatments and procedures.

One cannot help to wonder whether the pastors and their churches will now be willing or even able to foot those bills instead.