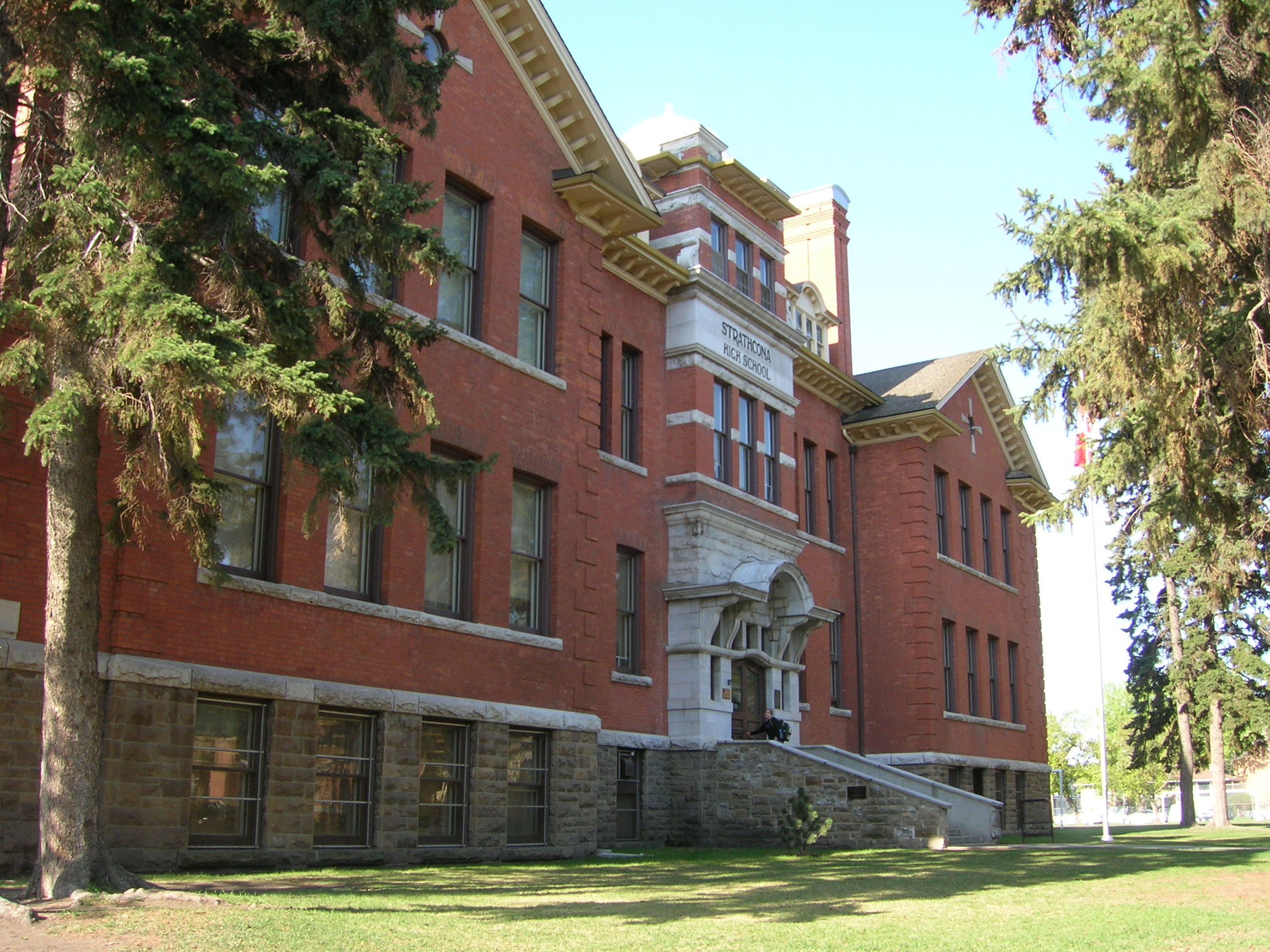 You might think that charitable bingo was the avenue through which the money was raised but that was not the case. What did happen is that the students were so moved not only by the success of their own proactive efforts to address a felt need but also by the community's response to their efforts that they decided to make a charity drive an annual school event.

The annual charity drive sponsored by the students at Strathcona High School has been far more successful than the students could have ever imagined possible. From the first fundraiser which raised $27,000, the annual charity event now raises more than $100,000 each year. There are three reasons this particular charity drive has been so successful: the students' creativity in devising events for people to participate in "at a cost"; the large number of people who get involved every year; and the large number of activities the students develop

This month the students sponsored a 24-hour bike-a-thon. Of the nearly 1500 students at the school more than 1200 were directly involved in the event and many students from other local schools also got involved. Since 2008 the students have raised over $800,000 for the charities they have chosen to sponsor.

This year the students ran a birthday bingo event along with the many other fund-raising events that went on. This year alone, the students hoped to raise $200,000 to support Shelter Box Canada, an organization with an international reach, which provides tents and other temporary shelters plus a multitude of "emergency" but necessary supplies to communities in critical need. Need may come from displacement due to natural events, war, or disease. The goal of $200,000 proved far from the actual money raised: $449,000!

The students take a long list of worthy charities and with the help of two teachers, Natasha Rahman and Alina Jurca, hold workshops and seminars to whittle the list down to a few and then the students vote on the charity "of their choice".

It is efforts such as this, where students take leadership and community involvement seriously enough to study these areas of "adult" responsibility, that make me think that the next generation of charitable gaming leaders will play a big role in reversing the decline of charitable bingo.

I wish charitable bingo centres could learn from these amazing student activists how to run a charitable event and raise hundreds of thousands of dollars for good causes.

The Pimicikamak Cree First Nation is suffering a suicide crisis. In the last three months six people have committed suicide. This is potentially the tip of the iceberg as it is well known that many members of the tribe contemplate suicide; 100 people are on an at risk list. Young people from the community have organized to raise money to foster awareness of the epidemic of suicides that has befallen their society. Mervin McLoed, 28, started a youth group to educate young people to grasp life. In order to raise enough money to send 45 young people from the Pimicikamak Cree First Nation to a suicide prevention seminar, on March 3rd he applied for a charitable bingo licence and was approved the same day.

A group with the acronymous name Y.O.U.T.H. (youth only understand the hurt) was started to bring young people together, those who had contemplated suicide and those who had tried and failed to form a support group to help each individual overcome his or her demons.

Charitable bingo in and of itself is not the story in either of these news items. Charitable bingo is a way to raise money to do good. I also think that the students of Strathcona High School might volunteer to help educate the activist young people of the Pimicikamak Cree First Nation in leadership and community service.

Never Give in to Pessimism

The word bingo is also often used in a derogatory manner. A new church is being built in Kuujjuaq with 2.8 million dollars raised from private and public sources. A talk back to the news item stated that the approximately 2470 locals who don't regularly attend church services, as opposed to the 30 or so who do, will likely fall back on their regular Sunday pastimes of bingo and beer.

We should all resent the wonderful and innocent game of bingo used in such an unflattering manner. As small a part as bingo played in the charitable efforts of the students of Strathcona High School and as important a role charitable bingo may play in the efforts to educate young people of the Pimicikamak Cree First Nation to choose life, bingo is basically a kids' game that adults also like to play.

We must never tolerate bingo being used as a symbol of sloth, lack of commitment, or irresponsibility. Charitable bingo must become far more proactive in making people realize its value as a fun entertainment and as an excellent way to raise money for good causes.