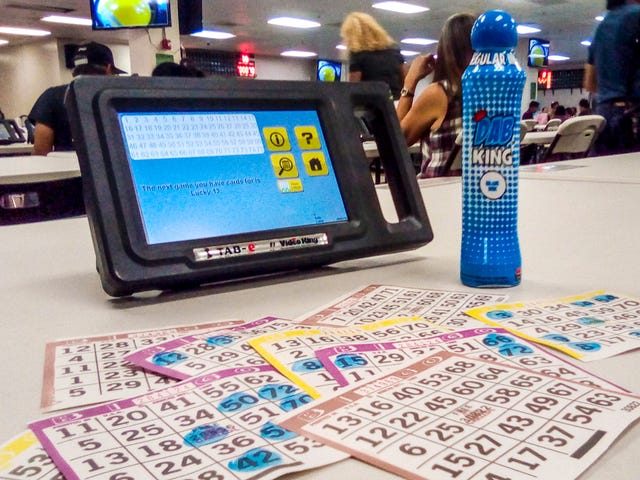 Residents of Gaum in the US, and more specifically senior citizens and others who have become visually impaired due to old age or for whatever other reason, may soon be allowed to make use of Bingo card minding machines in order to keep playing their favorite game. Card minding machines are portable devices that assist players in identifying the numbers that are called during a game of Bingo.

A bill that will authorize Bingo establishments to make use of the machines has been introduced by Senator Jose Terlaje, and if officially signed into force, will make life a great deal easier for those suffering from visual impairments.

The Director of Guam’s Department of Revenue & Taxation, namely Dafne Shimizu, recently announced that those establishments interested in being licensed for card minding machines, were invited to lodge their applications directly with the department. Shimizu confirmed that only applications lodged by individuals and businesses registered to do business on the island would be considered for a licence.

Shimizu stressed the fact that applicants were well advised to lodge all of the required supporting documents, together with their licence applications. The director also said that any questions on the matter were welcome and that these had to be addressed to the General Licensing and Registration branch at the department.

Bingo Is A Lifeline

According to Senator Terlaje, it was important that those in need of any form of assistive device necessary to maintain the same quality of life as if they had not needed assistance in the first place, and that just like a wheelchair or a pair of eyeglasses, o card minding machines should be readily available to those who were no longer able to play because of an impairment.

To many people, and especially to senior citizens who so often suffer from visual and other impairments, Bingo becomes a social lifeline. Many older people only ever come into contact with their peers and others at events. Not everyone is lucky enough to have their families and children with them all the time, and to these people, Bingo is more than just a casual get-together, its also a way to ensure that they remain stimulated and connected to other people throughout their golden years. It’s vital that they be permitted to make use of especially visual aids in order to sustain a certain quality of life.