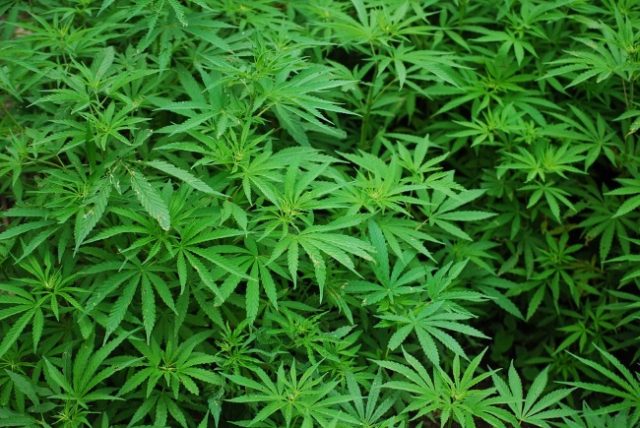 The old saying rings true: there’s no better place to hide just about anything, than in plain sight. An old Gala Bingo hall in Kettering in Northampton in the United Kingdom is just about the best example of this, after a massive Cannabis cultivation warehouse was recently discovered by law enforcement officers. Police seized plants and advanced in-door hydroponic cultivation equipment to the combined value of about £3 million after officers had detected Cannabis odors coming from the supposedly abandoned building.

The stash was eventually discovered a few days ago after some 25 police officers; with their canine police officer counterparts in tow; had stormed the building in Kettering’s High Street.  Another dead giveaway, say police, was the fact that thermal heat waves could be detected coming from the building, despite the fact that it had been empty since January. The building is suspected of having had the potential of generating income to the tune of £2.8 million each year.

One Of The Biggest Discoveries

According to police officer Colin Gray, the Cannabis factory is one of the biggest of its kind discovered by police in the area, to date. Gray said that he believed that the discovery would severely disrupt the local controlled substance market as well as the local organised crime pandemic. He described the discovery of the Cannabis cultivation warehouse as a significant find. Gray also described the warehouse as one of the largest finds of its kind, even when compared to a similar operation that had been gate crashed by police officers earlier on in the year in Corby.

Gray said that the distribution and selling of controlled substances in the region of Northampton were nothing short of an attempt to completely blight society and that the local police force would continue to tirelessly try to fight illegal trade of whatever nature.

Photographs of the find reveal that the plants had covered just about every conceivable space on the abandoned Bingo hall’s floor.

Be a WINNER with BINGO! Play online at Canada’s best sites.