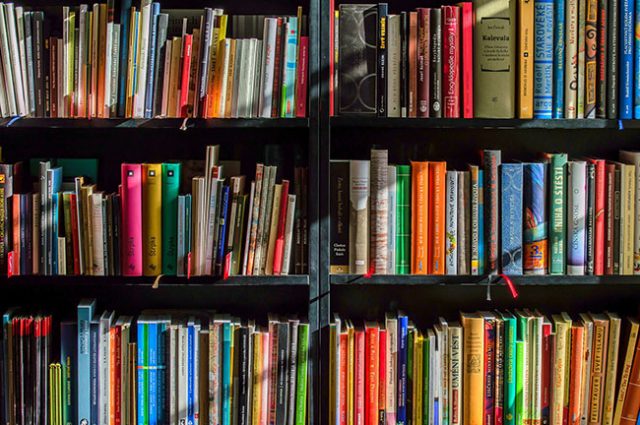 Readers often tend to stick to the genres that they are familiar with. Many readers never deviate from the beaten path, but one library in downtown Duluth has found an exciting way to circumvent this tendency. They call it Book Bingo.

During the latest “game”, 20 of the library’s readers each received a Bingo card. But instead of being filled with numbers, the card was filled with the titles of various books. Staff called out the book titles, and each participant received a free book. The winners of the grand prize, i.e. those who had dabbed out all of their titles first, also received a gift card from the booksellers at Barnes and Noble.

READ MORE: Why Bingo Makes For A Great Thesis

Book Bingo was started about 3 years ago, and staff at the library has declared the initiative a roaring success. The library’s Kathy Bushey relates how only real literary titles are used on the cards. Bushey also says that she tells participants that the titles are real book titles, and that she tries to use titles that include humor. Making people laugh also goes a long way towards having them remember and look for the mentioned titles on the library’s shelves.

Book Bingo is a regular occurrence at the library by now, and the next session will be held on March 12 between the hours of midday and 1pm.

A Game Ever Willing To Serve

But this isn’t the first time that the game has served its players in more ways than just for good old-fashioned fun and entertainment. Bingo has been cited as a very useful social tool to alleviate everything from depression in people of all ages, to loneliness experienced by the aged who live in special care facilities and often-times have to living family children with whom to socialize and interact.

A weekly outing to a local hall, or in many cases even playing the game in-house, has proved to be highly effective to in relieving much of the social suffering experienced by especially older people. The fact that Bingo has been around for such a long time, and what with many of the older folk remembering a time when they too were young and perhaps in love, and playing Bingo in the years of their youth, establishes something that can only be described as very cohesive connection with the game.

This cohesion and familiarity creates a measure of stability and association that really serves a fine purpose.

Do you love BINGO? Play online and see if you can win BIG!