Bongo’s Bingo is Back At It in Newcastle, UK 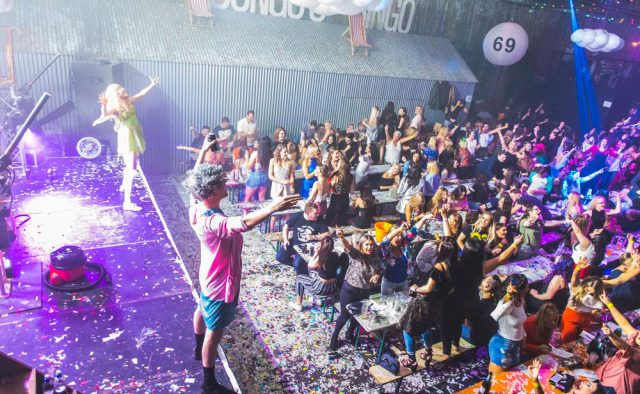 As far as the UK bingo market is concerned, experts are convinced that Bongo’s Bingo has helped to keep the pastime alive. Before the action-packed event kicked off across the pond, Millennials had seemingly little to no interest taking part in a traditional ‘seniors’ activity’.

However, by introducing funky new calls, modern music, and a few extra pumps of fun into the mix, the event organizers have managed to get more youngsters involved in the game than was ever thought possible. Now, as a testament to just how successful the concept has been, Bongo’s has planned another three – yes, three! – events for its Newcastle nights this Spring.

Tickets for the brand’s St Patrick’s Day special featuring B*Witched were reportedly sold out within minutes, but British locals still have an opportunity or two to get in on the action. Noticing how quickly the St Paddy’s tickets were snapped up, Bongo’s planned another three exciting nights for its Newcastle fan base, for which entries are now on sale.

Bongo’s Bingo was in Newcastle for essentially most of Christmas and the New Year period. Thousands of attendees flocked to its epic festival nights to witness guest performances by Five and the S Club, who helped them to welcome the new year in style over at the Boiler Shop.

The next events on the roster are already sold out, and will feature Blazin’ Squad when they take place at the end of January. As mentioned above, though, there are now three more chances for locals to buy themselves a spot at the legendary brand’s events, which will take place in the not too distant future. The dates are set for Thursday, March 7, Thursday, March 21, and Thursday, March 28 this year.

For Canadians who have no doubt read about Bongo’s action but have not experienced it in the flesh, it has been described as… well, something that words just can’t describe! Bingo cards and markers are involved, of course, but a slew of other entertainment options have also been incorporated to create a totally unforgettable gambling experience.

Bongo’s also boasts something very different to the norm when it comes to its prizes. Just a few of the wacky jackpots that have been won over in Newcastle include a Henry Hoover, a case of Lambrini, a cardboard cut-out of Phillip Schofield, a box of Coco Pops cereal, and a shiny new mobility scooter. If you judge the event by these prizes, it’s clearly one that needs to be seen to be believed.

If, by any chance, you are planning on attending the Boiler Shop events over in the UK, be careful where you purchase your tickets from. Bongo’s recently issued a warning to would-be attendees after having learned that many people had fallen victim to scammers selling fake entry slips online.

Experience the excitement of Bingo!
Sign up and play online for the BIGGEST wins.