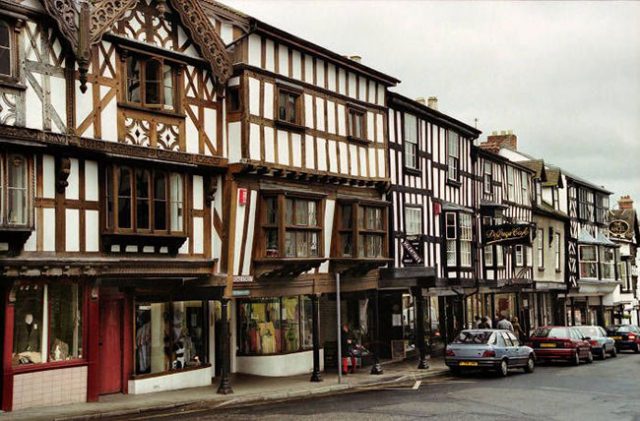 Leominster, England. A little market town that is best described as remote, surrounded by rolling hills, peaceful; a tranquil retreat from busy metropolitan life. Unless you happen to be a regular patron at the Clifton Bingo Hall that is situated on South Street, that is. Or perhaps there’s another way of looking at it; Leominster has it all: the peace and tranquility of the English country-side, perfectly complimented by just the correct dose of excitement at the local Bingo hall; why it’s just what the doctor ordered!

Police were summoned to the popular Bingo entertainment venue on South Street a couple of days ago following a complaint about a 19 year-old female who’s behavior had gotten quite out of hand in the small English town. According to those in the know, the woman had become involved in a physical altercation with one of her fellow Bingo-players, also a female person. The age of the latter isn’t known. First-mentioned was eventually arrested on a suspicion of assault and removed from the premises by the police.

The mighty arm of the law was apparently summoned when the guilty party had, after having gotten physical with one of her co-players, refused to leave the premises. Staff at Clifton Hall were rattled, because apparently the woman had continued to show disruptive behavior, even after numerous requests had been made that she should leave the premises.

A staff member has described the incident as unsettling, and said that this was made all the worse by large police presence in the town; with police vans and cars coming from all directions. The eyewitness pointed out quite sagely that this kind of behavior should not be condoned anywhere in the world, let alone in Leominster.

Wagering A Guess At What Had Happened

The reason behind the altercation is as of yet unknown, but one can only guess at the many possibilities. Bingo players are notorious for being quite set in their ways, regardless of age or gender. A lucky seat, to name but a single example, can turn a placid and peace-loving player into a monstrous tornado, when misappropriated by another player.

Players believe in many a superstition and ritual before a game, and this is probably best left alone and in peace, failing which varying degrees of violence and public unrest have been known to erupt. Who ever thought that there was a darker side to the folk from Herefordshire?

Looking for big wins online?
Play Bingo and you could land a JACKPOT in a flash!