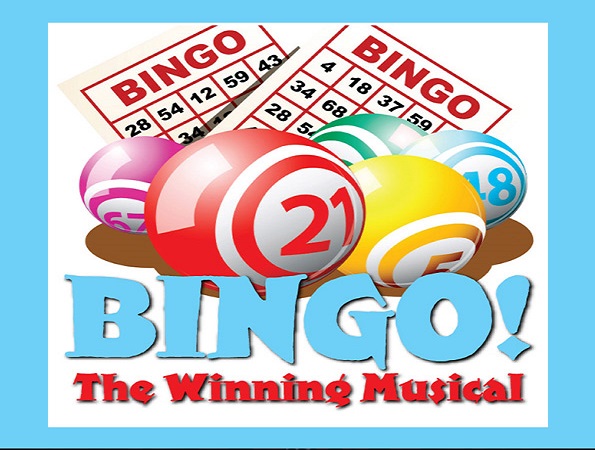 The eccentricity of bingo players at bingo centres is fairly well-known. Some players insist on calling numbers by their ridiculous if harmless nicknames. Some denizens of bingo centres have all kinds of quirks regarding talking, dabbing, keeping one's space, and many other oddities.

Now I've found out that a delightful play called "Bingo, The Winning Musical", based on the personalities of bingo centre players, is coming to the Watertown, N.Y. area, not exactly Canada but not much of a drive either. I saw the play a few years back in Toronto and have wanted to see it again ever since. It's a rollicking satire of bingo center culture and mores.

Other News... 5ive Get Bingo Players Dabbing to the Music

A Family-friendly Theatre Evening For All But The Youngest

Bingo, The Winning Musical is about 90 minutes long so you wouldn't take the youngest children to see it but I think any fun loving, music loving, and bingo loving kid 10 years and above would get a big kick out of this show. It had a fairly long run Off Broadway and since has been kicking around North America, Australia, England and parts in between. It mostly is produced and performed by local theatre groups, which elegantly leads into the common theme I've been talking about for a month: charitable gaming. A Canadian theatre group, several in fact, should put on this show in order to raise money for local groups and organizations.

Plot Synopsis Without a Spoiler

On an especially stormy night several die-hard bingo enthusiasts come together at their local bingo centre to play bingo. To paraphrase theatre-speak, the bingo games must go on! Three lifelong friends brave the storm to come to the centre to celebrate bingo and its inventor.

The characters are basically clichés because the play can't have separate players for each trait the authors wanted to portray. So, we have the stubborn one; the big-hearted one; the neurotic; the obsessive; the superstitious; the beautiful but dim middle-aged woman still able to turn a head but not bright enough to keep a man interested; and the one Hillary Clinton always secretly wished she could be: the homemaker who baked cookies and took care of her family and went out once a week to play bingo with her friends. The only man in the cast is Sam the bingo caller. He has to be gruff yet soft and tender beneath the artificial exterior.

Somehow, all these diverse characters are blended into a few roles and the mixing works. The simple storyline helps and the music adds to the sense that we are amongst friends. The audience plays bingo with the actors and an audience member wins the game. This doesn't sit well with at least one cast member and she returns to it later!

The music is catchy but not especially challenging for experienced theatre performers. This isn't Broadway where the actors have to project their voices into the next county. A proficient pianist is a definite requirement. The presence of a piano lends authenticity to the show that pre-recorded music couldn't do.

This leads to another theme I talk about a lot: the extra pleasure I get and many people get playing bingo in a centre. Obviously, the interactions between characters couldn't possibly be brought to life were we talking about online bingo players!

I think a caveat is in order here. I've stated many times that I like online bingo but that I much prefer the interactions that take place in a live bingo centre. Were I supposed to go to a local centre on a night as stormy as the night in the play, I'm not sure that I would go! That night at least, stay-at-home Susan might play bingo online for some time. But I prefer helping out local groups including local amateur or professional theatre groups. So why not a play about bingo to entertain and raise some needed cash?

Giving Credit Where Credit is Due

Any reasonably experienced local theatre group with a good piano player should be able to put the show on for profit and charity. The show is coming to the Eis House in Mexico, N.Y. on Thursday, August 20 as a dinner playhouse production. It's about a four-hour drive from Toronto through Niagara Falls or a two-hour drive from Kingston. The Eis House has been under new management since 2014 and has a stellar reputation for fine theatre and dining.

Organized charitable bingo could put this show on throughout Canada at many places like the Eis House of Mexico, New York.