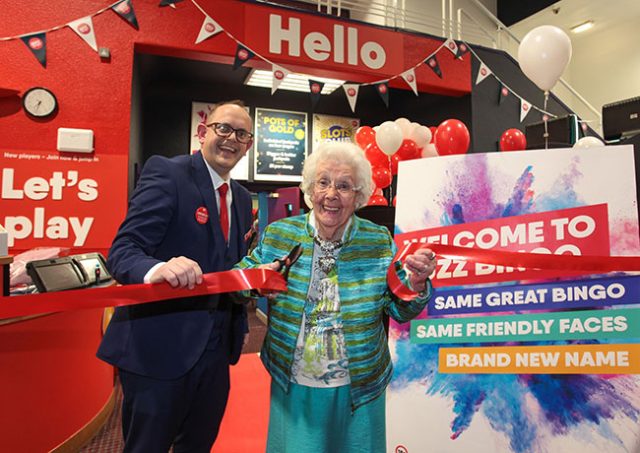 Bingo’s success as one of the longest running games history can for the most part be put down to the commitment of its loyal fans; people who aren’t only passionate about playing the world’s most famous numbers game, but who also feel called to ensure that the game lives on, no matter the cost.

Meet Irene Boyce. Irene is no celebrity, but she has been playing Bingo for most of her life. She falls into the category of super fan, and was recently invited to cut the ribbon at the newly- launched UK-based Buzz Bingo Salisbury, formerly operated as Gala Bingo. No newcomer to the scene, Irene has been playing at the venue since having first moved to the area in 2009. Two to three times a week, Irene had headed down to the Endless Street venue to have some fun.

But what makes Irene all that different from the thousands of other players who had passed through the doors of Gala Bingo? Well, Irene Boyce is 100 years old.

Irene remembers how at one time, she had popped in for a game at the venue after just having returned from a vacation, and had won the jackpot. It had been thousands, says Irene, and enough to pay for the entire vacation.

Irene was treated as royalty at the opening of Buzz Bingo, and was driven to the venue in a luxury Mercedes by a chauffeur. After the event, she was deposited safely back to her home in Durrington.

But why Irene, a century-old player from Durrington? According to Claire Ashton, Buzz marketing business partner, it was important to the club to involve someone to whom the club had actually meant something, and who had in turn, meant something to the club.

A true veteran and the ultimate VIP, that person was Irene Boyce.

Involving Irene on such a personal level of association with the club is a gesture of her having been recognized by management as being a true representative of the venue and of its players; past and present.

The club’s owners wanted to honor the fact that the venue was built by the community, and had its roots in the community and its people. By involving a regular player and life-long fan of the game, the club had found a way to say thank you for the community’s support in a very tangible and special kind of way.

Discover why everyone LOVES Bingo!
Play online and join in the fun.