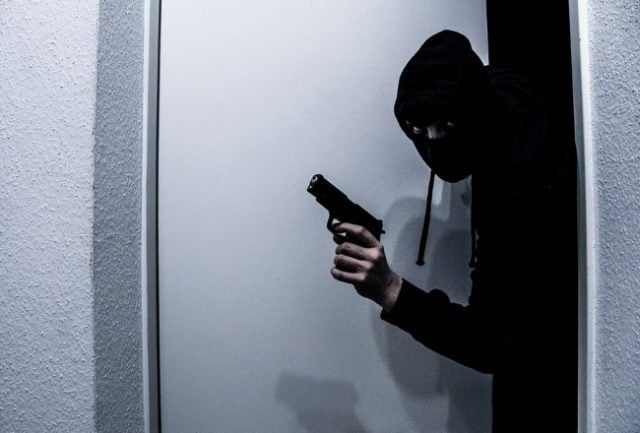 On Halloween night group a of particularly alert Bingo players foiled a robbery attempt at Winnipeg’s Portuguese Cultural Centre at the corner of Young Street and Notre Dame Avenue, which also happens to double up as a Bingo hall. The players had supposedly been mid-way through a game when a 38-year-old woman armed with a sawn-off rifle and her 17-year-old male sidekick, armed with what police now believes may have been a type of pepper spray, burst into the venue and attempted to make off with a tray full of cash.

The 17-year-old boy then allegedly attacked a 70-year-old player with a substance that according to police “irritates and inflames the skin”, assumed to have been pepper spray. But lucky for the senior and the rest of the gathering, a group of vigilant players did not allow the rogue wannabe robbers to get away with any of the money; or their devious actions for that matter; as they swiftly disarmed and restrained the 17-year-old. They also then proceeded to restrain and disarm the woman, but she still managed to flee the scene.

Police officers were then summoned to the scene, after which the boy was arrested and the firearm left behind by his then-AWOL partner in crime seized. The woman later on turned herself over to the police. The seized firearm had allegedly been a loaded .22 rifle.

Police spokesman Rob Carver commented on the evening’s events some days later and said that even though it would be unfair to say that that what the Bingo players had done had been “wrong”, this was a violent situation that could have turned potentially even more violent as a result of the actions of those present. Carver said that police constantly discourage people from risking their safety by confronting criminals.

Bingo Players “Did No Wrong”

Carver however was also quick to add that the group of players had merely reacted in the same way as what most other people would have, which was to want to stop a “potentially violent event”. The woman has since having turned herself in been charged with the possession of an illegal firearm as well as multiple other related offenses.

The 17-year-old was supposedly not a first-time offender and was charged with assault with a weapon, multiple firearm related charges and also the violation of a prior court-ordered condition of release.

Despite Bingo’s very own heroes having gone out on a risk-limb, there’s no denying that fact that they had foiled an actual real-life robbery attempt.

Be a WINNER with the BEST Bingo games. Play Bingo online TODAY!