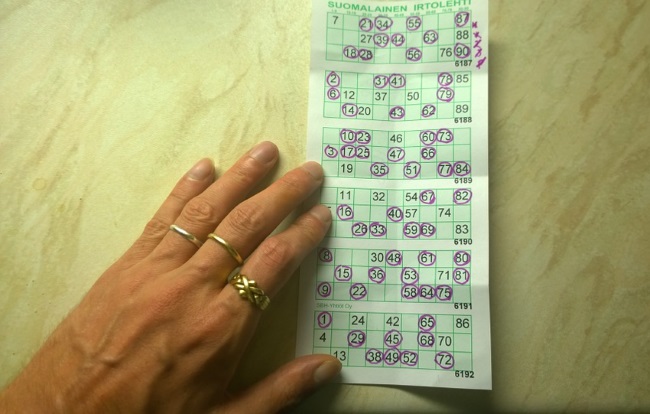 Not only did great-great-grandmother Eunice Greenwood recently celebrate her 100th birthday, but the West Yorkshire resident also boasts a pretty amazing personal record. Greenwood has been playing Bingo for the past 45 years, and has not once during this time skipped a week. And so, its no surprise that she chose to celebrate her centenary at the local West Yorkshire Bingo hall she’s frequented every Sunday since 1974.

Read More... Bingo And Bass A Star-Combo At Banff

Greenwood and the staff at Buzz Bingo celebrated her very special birthday with cake and cocktails and congratulations all round together with her two children, six grandchildren, eight great-grandchildren and nine great great grandchildren.

The Things That Matter

The great-great-grandmother’s daughter Glenis Allen (73), who has been accompanying mom Eunice to Sunday night Bingo for the past 45 years, was quite elated that everybody dear to her mother were able to get together at the hall for the birthday festivities. Allen said that what her mother had appreciated most of all was to have all of her family gather round for her special day, as she did not see many of them all that often, with some of the family living in London and Weymouth, both of which are quite a ways away from West Yorkshire.

This will not have been the first birthday that Greenwood will have spent at her favourite hall. It was during last year’s 99-year-old birthday celebrations that the manager had realised that Greenwood had her 100th birthday party coming up, and so it was decided that another party would have to be organised by staff when their special player reached her special milestone.

According to Greenwood, Bingo is what her life revolves around and so to be able to celebrate her 100th birthday at the venue had been all the more special because of it. Greenwood recalled how everybody had been “great” to her and said “Bingo means everything to me”.

But according to daughter Glenis, Greenwood’s regular weekly attendance of Sunday night games has helped her mother in many more ways than what meets the eye. Allen believes that not only does Bingo provide her mom with the opportunity to socialise, but the game also keeps her mind sharp and snappy. Even though Greenwood struggles a bit with forgetfulness, said Allen, she knows exactly when its time to head out to Buzz Bingo and is always ready and right on time to be picked up and to head out.

It’s a routine that’s been a significant and regular part of her live for the past 45 years, after all.