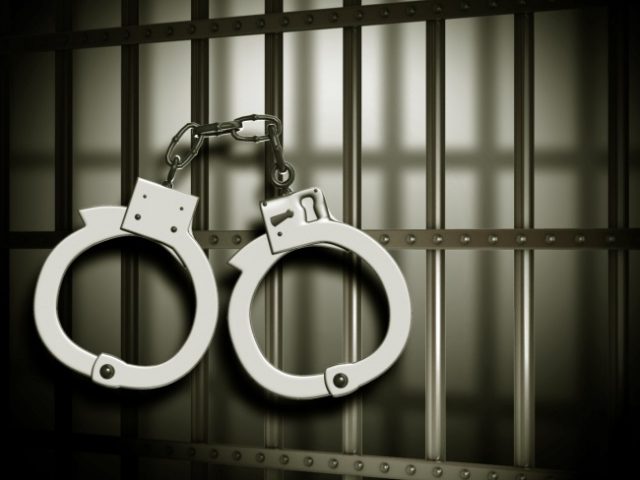 Monroe resident John Cook, age 43, is a man with a dubious Bingo plan. But hopefully those “plans” will be off the streets for a while as Cook was recently arrested and charged with felony thievery for having rigged multiple Bingo games at a local Bingo hall situated on 300 DeSaird Street.

Video footage clearly shows Cook manipulating a Bonanza Bingo game by hand-picking the numbers he wants to play and then holding back on the final ball until the point in the game was reached when Cook was ready to close the win-deal, when he would release the last of the winning numbers; which would then of course effectively end the game.

An arrest warrant was filed on June 29 and Cook was finally booked into Ouachita Correctional a couple of weeks ago after he had already twice failed to at Court for sentencing. The rogue Bingo man now faces a count of felony theft of between $10,000 and $25,000. Bail was set at $11,000, but supposedly unable to make payment, Cook remains in custody.

Read more…How VR May Be The Future of Bingo

But how did John Cook manage to pull it all off on his own? Three wins totalling $10,000 each did after all come to pass as a direct result of Cook’s involvement. How he pulled it off was the fact that he was in reality not working the scene alone. He had help in the persona of his sister as well as other players.

Two of the three $10,000 wins were secured by Cook’s sister, and a third by an unidentified player who later could be seen having spoken to Cook on video camera before the game in question. More players appeared on the video footage after the games, and also could be seen handing some money over the 43-year-old crook.

Stole From The Poor

What makes Cook’s offense all the more disturbing is the fact that the majority of the funds raised by Bingo halls are for the love and purpose of charity. The more massive prize money wins are registered, the less money remains for allocation towards a worthy cause. And when three massive prize pots drop at a single hall, the consequences can be dire.

Cook will hopefully be made to serve time following the charge, which will keep him off the streets and out of Bingo’s hair for at least a short while. Here’s hoping he spends his time incarcerated thinking of how he stole from those who needed the money the most.

Hit the JACKPOT online! Play at the BEST Bingo sites in Canada NOW.