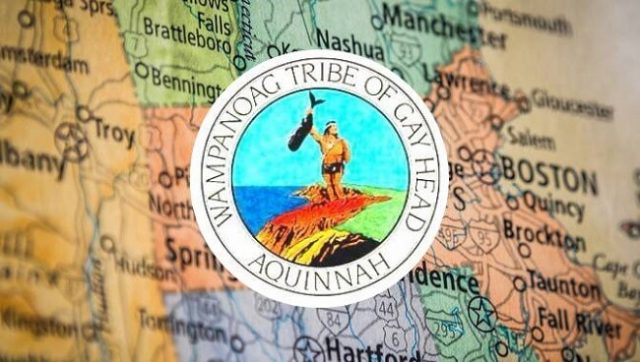 The small Massachusetts town of Aquinnah is in all likelihood trying to bite off more than what it can chew. Situated on the island Martha’s Vineyard, the town is in close proximity to the Wampanoag Tribe of the Gay Head. Plans are currently underway for the construction of a 10,000 square-foot casino and entertainment facility, and the construction of a Bingo hall has already commenced.

According to the tribe’s chairman, Cheryl Andrews-Maltais, the construction of the new Bingo hall and the casino resort is all part of the tribe’s commitment towards economic upliftment; for the tribe as well as for the town of Aquinnah and its community at large.

But not everyone is jumping for joy at the prospect of either the Bingo hall or the new casino complex. The tribe has issued a warning that no interference from either the town or the Martha’s Vineyard Commission (MVC) will be tolerated, and that legal action would follow if this turned out to be the case.

Other News…Bingo-Upset In Small English Town

The issue at hand is that the MVC is now considering whether to review the construction of the Bingo hall, due to it being a development of regional impact. According to reports, Aquinnah as well as neighbouring town Chilmark have both requested formal reviews of the project.

In a letter addressed to the tribe, MVC Executive Director Adam Turner states that the commission trusts that the tribe appreciates the unique values of the Vineyard, and that irrespective of the political divide between the tribe and the rest of the island, everyone still had to share the same island as their home.

The surprising bit is the fact that the US Supreme Court of Appeal had already last year dismissed the town’s application for a review. The Court ruled that it was the tribe’s federal right to construct a gaming facility, and that it would not entertain Aquinnah’s application.

According to Andrews-Maltais, the town has a long history of interference with the tribe’s federal right to operate a gaming facility on the island. She said that it was surprising to learn that the town planned to pursue the review process even after the highest court in the country dismissed the application.

The chairman said that if the town were to continue on its present path, the tribe would no longer be open to any form of discussion regarding gaming matters, and that going forward, the town would be excluded in all matters of decision-making.

Play BINGO online 24/7! Join in the fun and see if you can land a winner