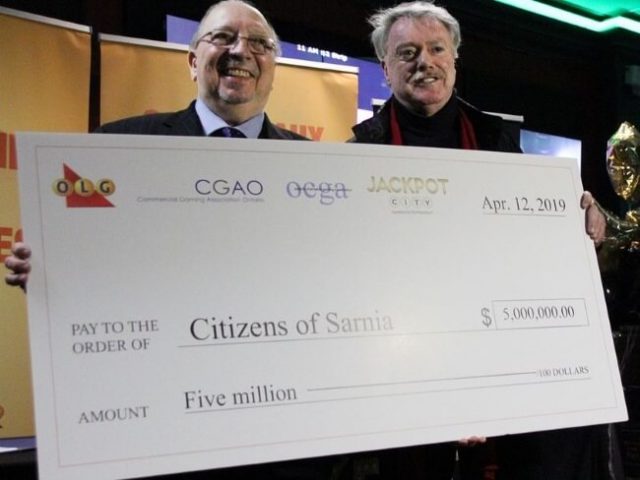 Jackpot City. A gaming and entertainment brand run by the OLG. A great name for any operator, really. Whilst we’re all vaguely aware; mostly somewhere in the back of our minds; that casino and games operators donate a chunk of their income to charity, we don’t really give it much more thought than just that. Its only when we actually see the difference that the contributions are making in the lives of everyday people; people just like us; that we are able to appreciate the value that is added to the lives of many.

Only a single Bingo hall remains in Lambton County; which is staggering when one considers the fact that there used to be 11 of them! Thankfully, the OLG took the remaining hall under its wing back in 2015 as part of its gaming revitalization strategy. The hall is now one of 31 charitable gaming centres overseen by the Ontario Lottery and Gaming Corporation that’s making a drastic impact on the lives of Canadian citizens in dire need of aid and relief in all areas of life.

Bingo activities diminishing because of many contributing factors; with the ban on smoking in public and the rise of slots being two of the main “culprits”; having added up to become the cause of the closure of the other 10 halls, but the OLG’s strategy of incorporating exciting new games and the installation of touch-screen e-Bingo terminals has breathed new life into the venue.

Sarnia Mayor Mike Bradley recalls a time when there appeared to be no hope that any of the region’s halls would survive. But on Friday, when Bradley received the symbolic cheque from Sarnia-Lambton MPP Bob Bailey, it was evident that Bingo had not been the dying breed that it was thought to be just a few years back.

Bingo continues to do its magic for those who need a breath of fresh air and a helping hand when it’s needed the most. The funds raised by operators like Jackpot City is a lifeline to many. Charities that regularly receive a share of the funds include support services for people in need, sports organisations for children, foundations for diseases, and many more.

To date, the OLG’s 31 gaming centres spread out across 26 of Ontario’s municipal regions, have raised in excess of $225 million for more than 1,900 charities in the province.