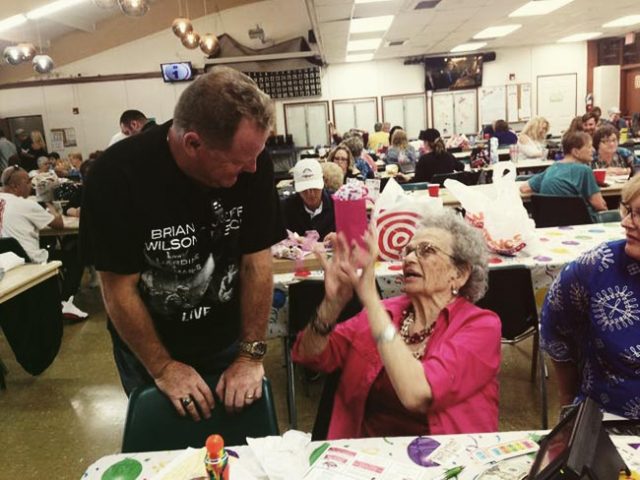 Whenever one of their players hits the 100-year-old milestone, the Simi Valley-based Knights of Columbus Council #5803 gifts them with completely free bingo games for the rest of their lives. For local resident Hilda Corcon, this means that she has not had to pay for a game in seven years now!

A day before her 107th birthday, Corson celebrated with her favorite pastime while surrounded by friends and family at the bingo hall behind the St Rose of Lima Catholic Church in California. She even managed to win $500 in yet another stroke of luck.

Commenting on her good fortune, Knights of Columbus member John Antonacci asked in awe just how many people live to be a hundred. According to him, when Corson turned 100 she was given games for the rest of her life, which she has been taking advantage of to the best of her ability for the seven years since then.

Hilda Corson currently holds the world record for the number of free rounds played after reaching the century milestone, according to hall manager Rich Ostrich. Ostrich has noted that the hall started the rule seven years back when the last manager retired, adding that it is a fantastic rule that has even seen Corson playing two machines at the same time to boost her chances of winning.

The 107-year-old player normally walks away from the hall a winner, other players have stated. She often plays pull-tabs too, and will go home almost $1,200 richer on many an occasion. Knights volunteer for over three decades, Pauline Aguinaga, has witnessed the strong-willed punter in action, noting that she is extremely fortunate and lucky. She regularly tells Corson that she wishes to be like her some day. 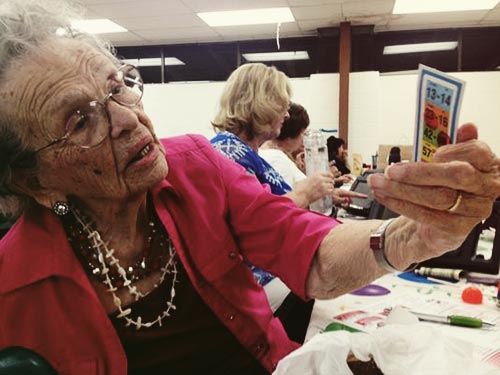 Staying Active and Having Fun

According to Aguinaga, the bingo fanatic is ‘really amazing’. She has a great life, loves her favorite gambling pastime, and has a family that simply loves her. Her great grandson PD Rodriguez even traveled from Anaheim to enjoy bingo with her – and to celebrate her special day, of course.

Rodriguez has always remembered his great-grandmother as a kind and loving person, and says that although many people lose the will to stay active as they age, Corson has not done the same. Apparently, she is always asking her family what’s next on the agenda, and loves to remain busy wherever possible.

The widowed Ms Corson has lived on her own in a Simi Valley mobile home park until very recently, according to her granddaughter Christine Olson. Today, she resides in an assisted living facility after suffering a series of small strokes. While she does not play bingo four nights a week like she used to years ago, she is still one of her local hall’s most regular visitors. According to Olson, she even used to travel to Vegas to play until she was around 92!