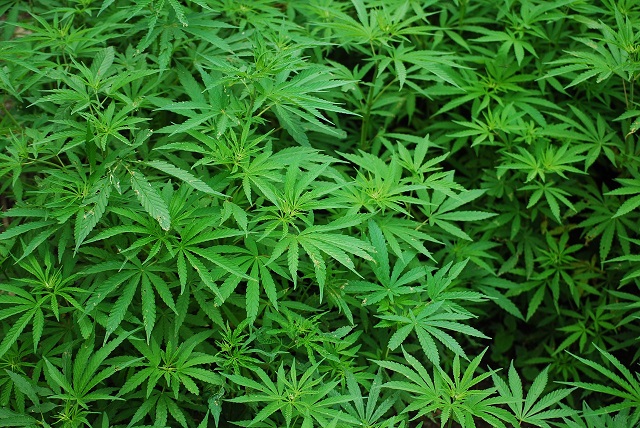 It’s now a year since one of the biggest drug farms ever busted by UK police went up in ‘smoke’ when a giant cannabis crop just waiting for the harvest was discovered at the former location of Gala Bingo in the small town of Kettering in Northamptonshire, England. Located 113km to the north of London, the former Kettering Gala Bingo hall was on June 14th 2019 raided by some 25 police officers – a raid that led to quite the cannabis find: more than 2,000 plants spread out across two large rooms and very nearly ready for a harvest to the street retail value of about £2.8 million British pounds.

A major forensic investigation ensued shortly after but was recently eventually filed as ‘unresolved but closed’ due to a lack of DNA-matching evidence. The fact that the cannabis farm had all along been operated whilst hidden “in plain sight” on Kettering’s High Street, is to police Detective Inspector Dave Harley a major source of frustration.

A massive amount of work was done forensically, including hundreds of telephone calls made and data accumulated, but it has all unfortunately now led to a case gone completely cold, lamented a clearly frustrated Harley during a recent media commentary. The detective was however quick to ad that future arrests leading to a successful DNA match or matches may still prove successful at identifying a possible suspect and the making of a successful arrest.

The drug raid proved one of the biggest conducted by Northamptonshire’s police department in recent years. It was also the second big cannabis factory discovered at the premises in a matter of months. Urban explorers last year February alerted Harley’s department of the existence of a cannabis operation at the same location. The illegal growers had however on that occasion also manage to flee the premises before any successful arrests could be made.

Harley has declared his department satisfied that the man who had rented the venue after the Bingo hall was closed in 2018, had no knowledge of or part played in the criminal activities. And even though the team in charge of the investigation has practically exhausted all resources and without any success, Harley is convinced that the guilty party or parties will eventually be brought to task and made to face the consequences of justice.

Since there’s “clearly” money in cannabis, said Harley, that those involved will be setting up shop elsewhere in order to recover their losses and make future profits, is a done deal. And when they do, Harley and his men will be ready to pounce – it’s only a matter of time.