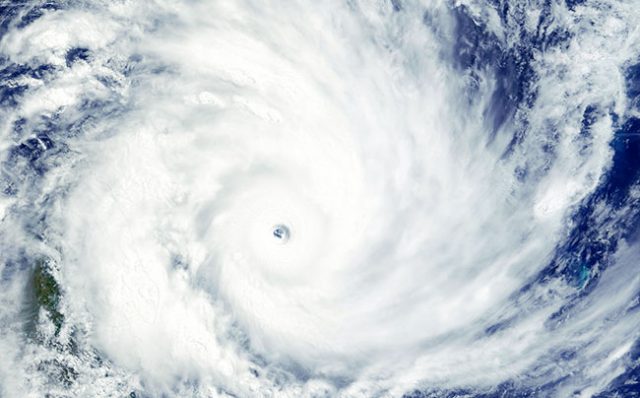 As the devastating category-4 hurricane, Hurricane Michael, made its way across Panama City early last Wednesday. Florida-Bama bingo caller Sam Morgan was working hard to keep local spirits high. Inside the legendary beach bar on the border of Alabama and Florida, the caller made conversation and facilitated friendships for players of all ages as heavy winds raged outside.

Morgan was spotted drawing bingo balls from the wire cage before him, giggling after each ball was announced and often calling out the wrong number. Clearly, the stress was high, and while prizes were indeed on offer, very few people had come along to the game in an attempt to win.

“This isn’t your mother’s bingo,” the caller noted cheekily while he looked at the next ball, “but it is free!” Morgan’s routine is a common weekly one for the bar, but that particular range of comedic relief was particularly welcome as strong winds and humongous waves lashed the shoreline and reminded players of the hurricane raging just 160 miles east of them.

Players Mingle as the Storm Rages

Patricia Arnott, a Foley native who was watching the waves at the time, remarked that she simply couldn’t imagine what the folks further down the coast were dealing with. Outside, Orange Beach residents walked along the shore, gazing at the formidable sky and crashing waves while a small group of evacuees gathered on the wooden deck of the bar.

Back inside, Morgan continued to call out the winning numbers, getting folks to chat amongst each other by asking them where they were from. Some hailed from Decateur and Mobile, while others came as far as Montgomery and Houston, making for a packed room of 75+ players trying to take their minds off of the storm.

Prizes Won as Hurricane Eases Up

Other visitors still were watching TVs showing blurred pictures of the storm passing over the metropolis. The reporter on the TV was kitted with a snowboarding helmet and waterproofed gear, while people at Florida-Bama looked surprisingly casual in shorts and t-shirts. The general consensus for most was that the guests inside the bar had been very lucky indeed.

As Hurricane Michael’s conditions began to ease up, bar workers began to open up the plastic shield covers on the deck and remove barriers, sandbags and tape on the beach. Folks from Alabama, Dallas and further afield brightened considerably at this, visibly grateful that they had managed to miss the worst of the chaos outside.

And as Morgan completed his well-worn routine and handed out gift cards and books as bingo prizes, the news that the hurricane had finally passed Panama City was met with yells of joy and relief. As one patron summarized it: it was time to go home.